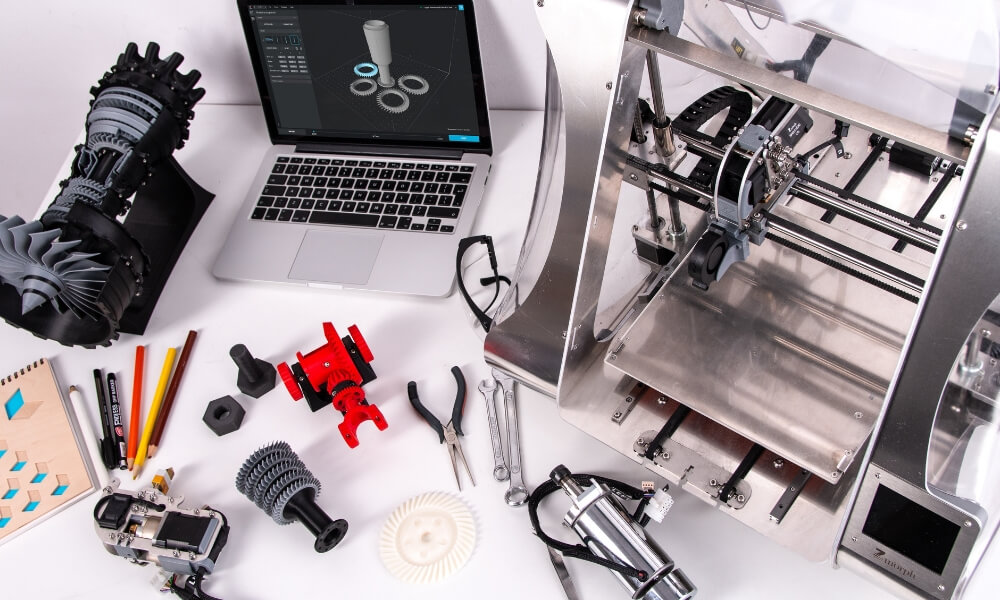 Can you 3D print a 3D printer?

Can a 3D printer print a 3D printer? That’s a question we’re often asked in the 3D printing industry. Indeed, it would be fascinating to be able to self-replicate machines, right? It could open broad possibilities for many fields and lead to a new industrial revolution, from manufacturing to construction, create new types of the supply chain, or even change the world with new spatial construction techniques. So, can you 3D print a 3D printer? Discover the answer now!

Can you 3D print a 3D printer?

3D printing a 3D printer is no different than the manufacturing method of any other 3D printed object. You can actually find the pieces online, but you might need 3D modeling or CAD software to make adjustments. Your parts would be 3D printed layer by layer, the process repeats. You should assure material extrusion runs smoothly and that it produces thin layers. You should also pay attention to the surface finish, although with FDM technology it won’t be the smoothest.

Why should you build your 3D printer from scratch?

Producing your own 3D printer can actually give you a lot of room to learn. It allows you to know the project inside out and dig really deep into all the mysteries of 3D printing. You will gain a lot of knowledge, but also become an expert in case of any repairs.

3D printing gives you new design freedom. Thanks to that you can customize and personalize your own 3D printer according to your needs. No other technology gives you the opportunity to produce a fully adjustable machine to produce your parts.

The first self-replicating 3D printer was invented by Dr. Adrian Bowyer through the RepRap project, senior lecturer at the Department of Mechanical Engineering at the University of Bath, who started his research in 2005. His first functional machine, called the RepRap “Darwin”, with 50% of self-replicated parts, was unveiled in 2008.

Here’s a video of Adrian Bowyer assembling the RepRap project:

The 3D printed 3D printers made by the RepRap project use the Fused Deposition Modeling FDM printing technology, with plastic 3D printing materials. They are desktop 3D printers, and thus they are limited in terms of applications compared to industrial Additive Manufacturing .

Moreover, they can’t totally print themselves. As they are plastic 3D printers made of plastic parts, they can 3D print some parts of themselves, just like they could totally build other 3D printed objects. You then need to assemble them yourself and to add the components who can’t be 3D printed, like electronics or metal parts (since it’s a plastic 3D printer).

3D printed 3D printer: Improving the technology with iterations like Prusa i3

Over the years, since the RepRap project is open-source, with all the 3D models available online, there have been many iterations of this printable 3D printer from various manufacturing aficionados. The Prusa i3 is part of these improvements, and it’s now one of the most used 3D printers in the world. It was designed by Josef Prusa in 2012. Two improved versions have been released since then: the Prusa i3 MK2 in 2016, and the Prusa i3 MK2S in 2017.

Why is it such a success? Its lower cost (you can find its 3D design files for free), and the ease of construction and of modification have made it a must-have for hobbyists, but also for some professionals (even if it doesn’t replace the performance of an industrial 3D printer). It’s popular also in the education field.

Like the previous versions of the RepRap project self-replicating 3D printers, it can only 3D print some of its parts, the ones that are in plastic, but not the metal parts, nor the electronic components. Indeed, it’s not suited yet for metal 3D printiers. But it can be used to create various 3D printed objects, for instance, consumer products,  jigs and fixtures or even medical devices..

A self-replicating desktop 3D printer is an interesting concept, but in the end, we could 3D print 3D printers for applications way more impacting. The most interesting one is clearly spatial exploration.

Indeed, there are many scientists trying to find a way to 3D print a 3D printer directly in space. One of these machines would be sent to the moon (as a first step), and then recreate itself from lunar materials. A team of researchers from the Department of Mechanical and Aerospace Engineering at Carleton University in Ottawa is currently working on this. Their goal is to then 3D print whole lunar bases, as well as conducting in-space manufacturing of satellites.

This self-replication machine 3D prints a mix of materials such as plastic and iron, in varying proportions, depending on the part needed. The raw material needed to create a similar mixture could be extracted from the lunar regolith, a material covering almost the entire lunar surface.

One of the hardest parts to build when 3D printing a 3D printer is the motor. Alex Ellery, who is leading the project, said in June that the team was close to being capable of printing a fully functioning electric motor from a material similar to what can be sourced on the moon, which is a true revolution.

Here’s one of the versions of the 3D printed motor:

Apart from that, the potential applications of additive manufacturing from space are numerous. Indeed, it would also be possible to 3D print space-based solar panels on satellites turning sunlight into energy and to then send this solar power down to earth. Or even to build 3D printable space shields to protect the Earth against solar radiation to fight against global warming.

What if you don’t need to 3D print a 3D printer?

Another great way to start your adventure with Additive Manufacturing is using an online 3D printing service. It is an easy and quick way to get high-quality parts, which FDM printers are not capable of. 3D manufacturing technologies are divided into materials. 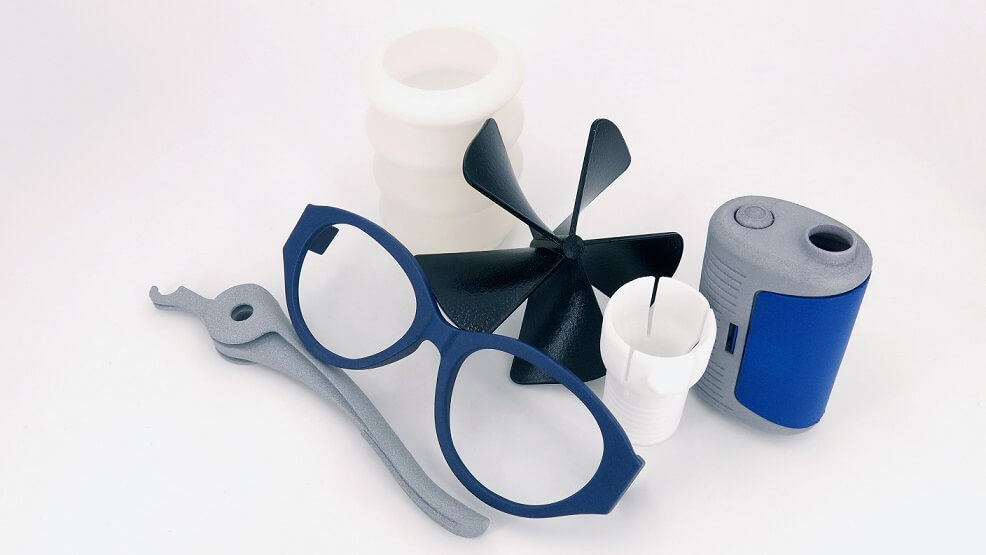 Selective Laser Sintering SLS produces your parts layer by layer with plastic powder. Your parts are created by a laser, locally sintering the material. There are plenty of materials to choose from, from strong PA12 to flexible PEBA. The surface finish is pretty smooth and the technology is capable of highly detailed designs. 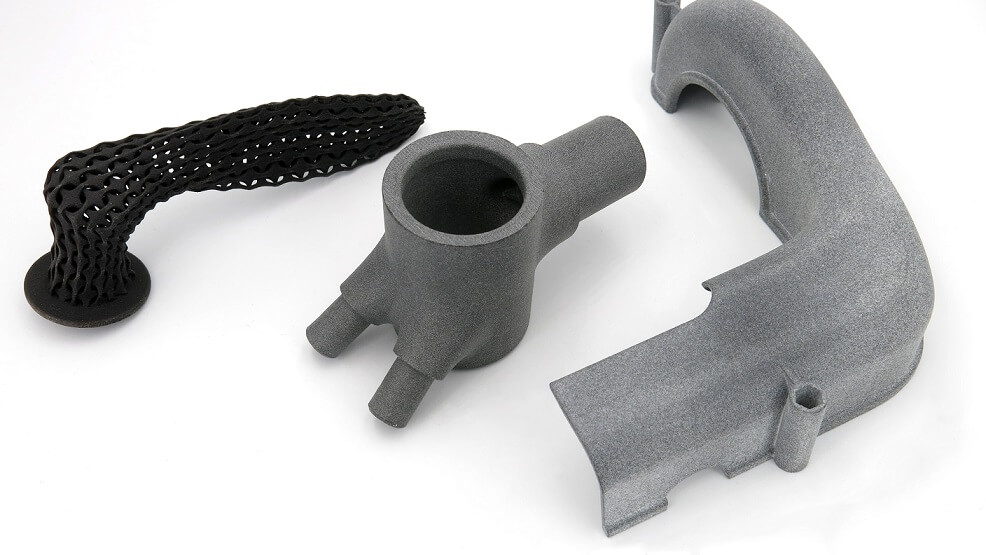 Jet Fusion is yet another additive manufacturing method developed by HP. This method uses a binding agent to fuse a thin layer of plastic powder. With Jet Fusion you can be sure to achieve complex shapes. 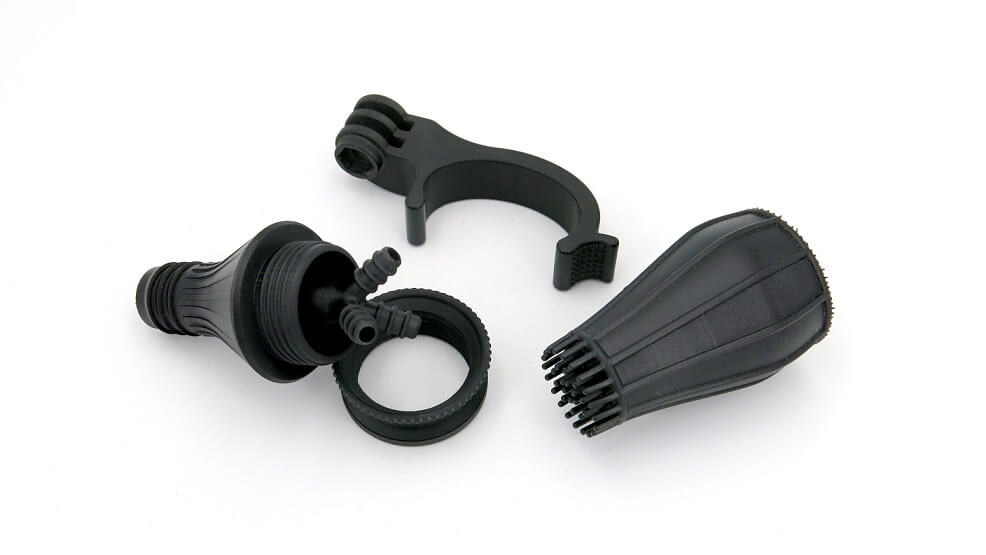 DLS technique allows you to 3D print with liquid resin thanks to UV light. The parts come out with a very smooth surface finish, and at a great quality. They are resistant and strong, some materials also offer amazing flexibility.

PolyJet technology uses a curable liquid photopolymer to manufacture 3D models layer by layer. The parts come out robust and resistant. This technology is used in industries such as automotive, electronics, consumer goods, fashion and medical. 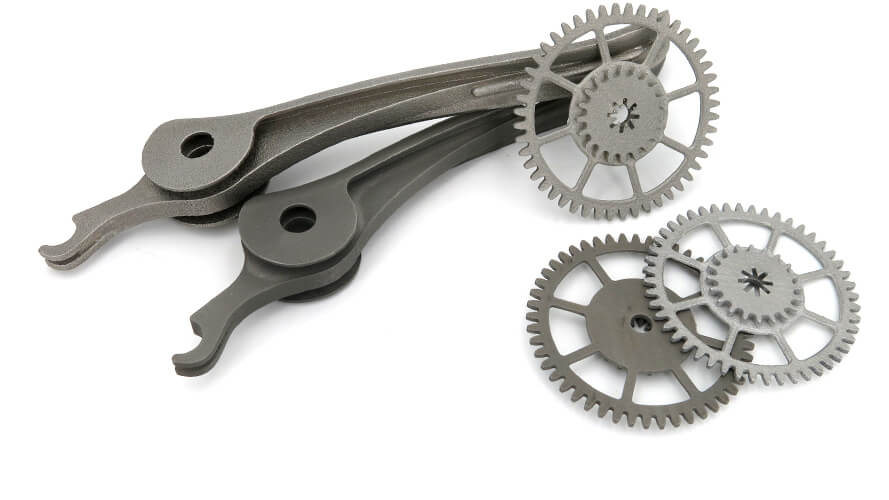 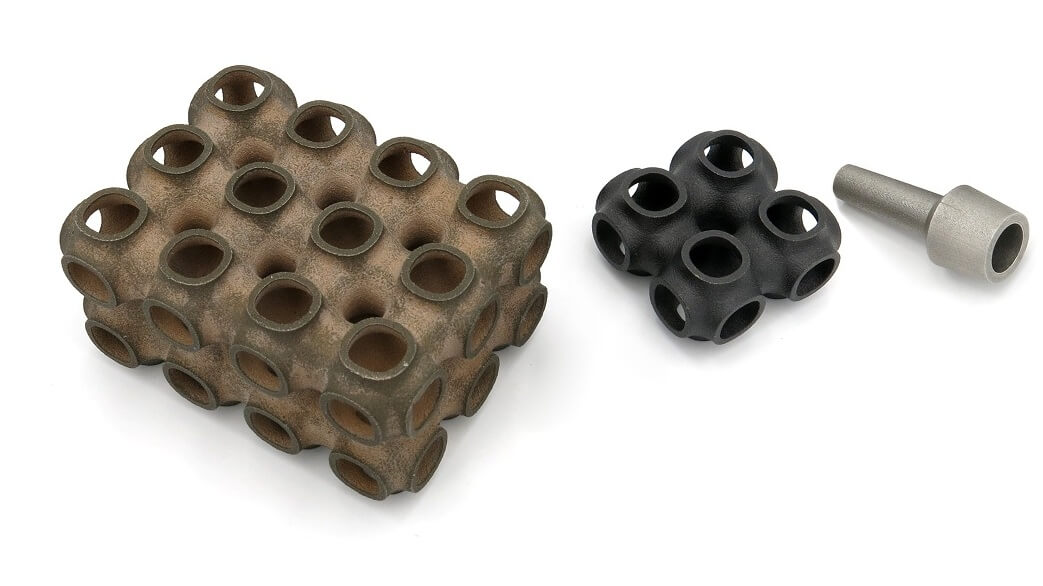 Binder Jetting uses a binding agent which is sprayed onto the metal powder to fuse it into your part. Between each layer, the powder is cured. It’s a great technology that allows you to reach ultimate customization for a low cost. 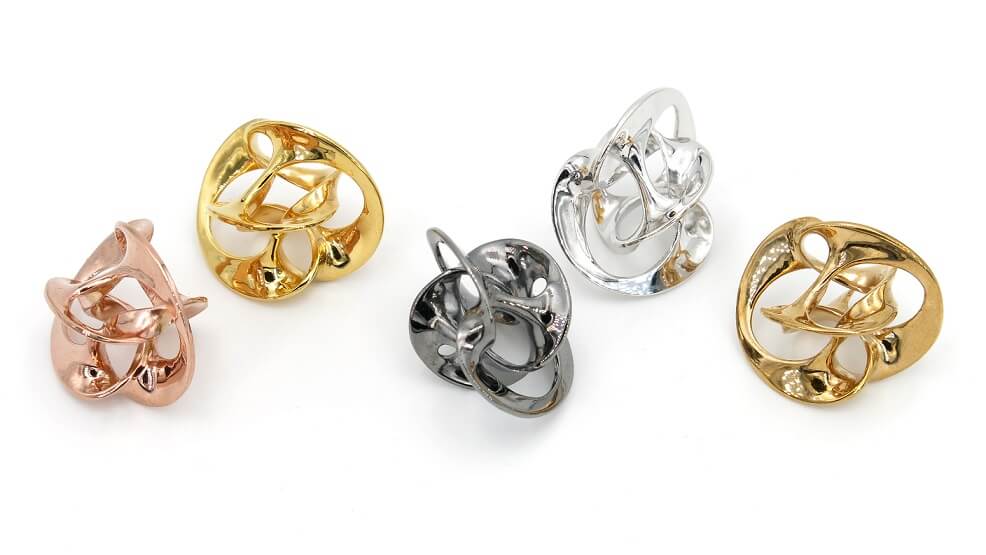 Wax Casting is especially interesting for jewelry and decorative elements. It combines subtractive and additive manufacturing methods to reach a stunning level of detail. 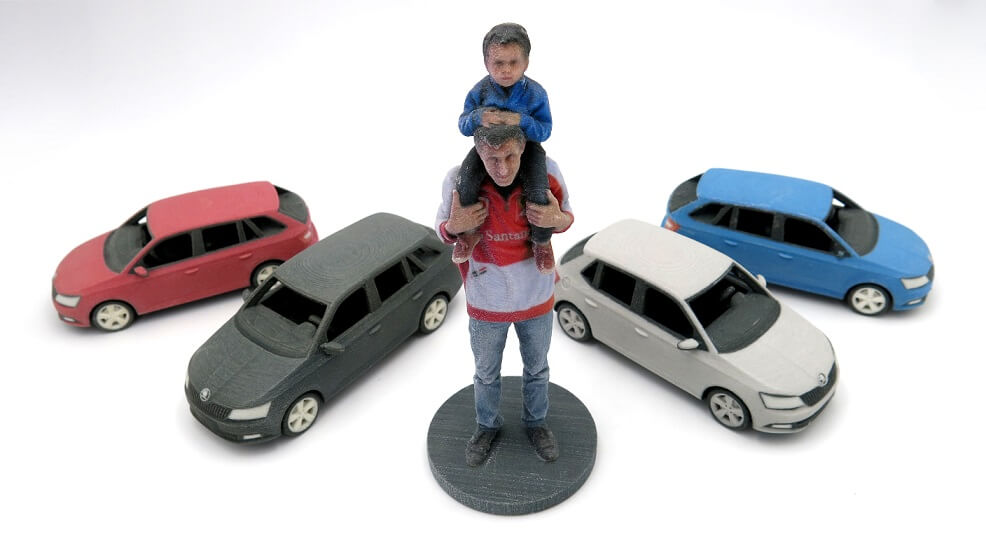 ColorJet technology truly brings your models to live. Thanks to this innovative method, you can 3D print in full colors. The design freedom it gives you is amazing, now you can really use the potential of Additive Manufacturing.

So now you know that you can 3D print a 3D printer, but that this 3D printing technology will evolve a lot in the upcoming years, in order to become an even more important innovation that could change the world!

To learn more about the latest innovations regarding the 3D printing industry, you can subscribe to our Weekly Newsletter! You will learn more about various topics, from 3D scanning to 3D bioprinting, hear many popular stories about additive manufacturing and rapid prototyping, and even get some technical tips to make the most of additive manufacturing and to create great 3D printing projects, like how to edit your stl files, or guides to metal 3D printing. Welcome on board!