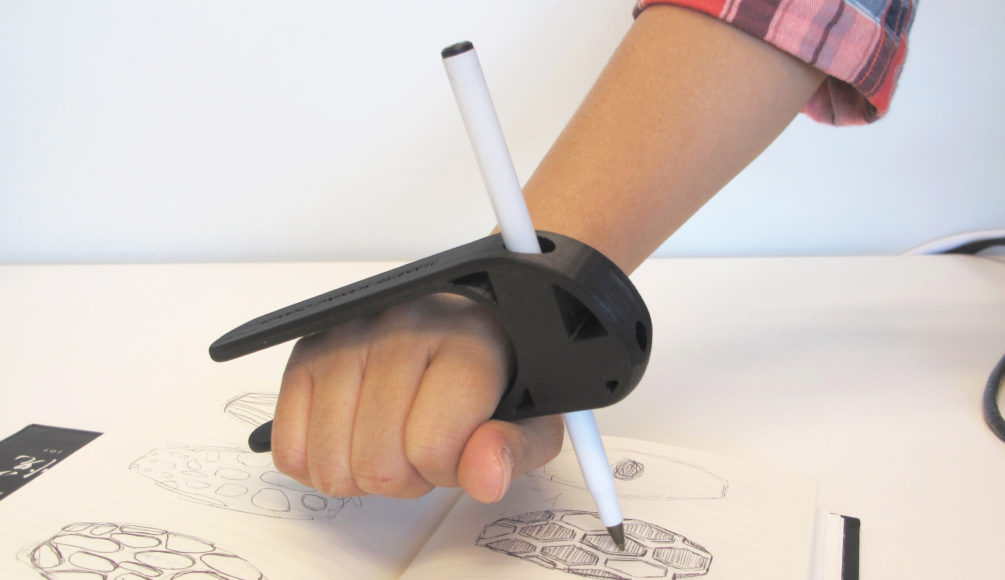 Throughout the world, the disabilities some men and women have to deal with in their daily lives raises a need for adapted equipment.

In facing this challenge, 3D printing turns out to be a great way of making assistive aids accessible to everyone and adapted to the specific needs of each. Today, we are going to focus on the reasons why 3D printing is perceived as a promising technology in this area, and what types of assistive aids are achieved with additive manufacturing. But first, let’s have a look at the difficulties of developing such equipment.

The challenges of assistive aids development

One market, hundreds of needs

When one takes into account the diversity of physical disabilities people might suffer from, whether because of a birth defect or an accident, it becomes clear that the assistive aids market can’t be broken down into just a few categories.

Instead, assistive aids have to encompass an endless amount of needs and may have to adapt to some criteria specific to the users themselves. Assistive aids need a high degree of customization to be functional. Unfortunately, adding changes in design using traditional manufacturing processes results in significant cost variations. This lack of flexibility in turn means that each product can appeal to a small consumer segment only. For this reason, along with the high development costs assistive technologies may require, companies have been reluctant to invest in this sector.

Advanced assistive aids (such as prosthetic or visualization technologies) have however emerged over the years, yet, their price can easily surpass thousands of dollars.

Another challenge is the inevitable aging of our populations. According to the WTO, between 2010 and 2050, the number of older people is expected to increase by 71% in developed countries, and by no less than 250% in less developed countries.

This staggering evolution inevitably raises the question of the disabilities these aging people will have to deal with, and of the solutions we will have to provide them with.

As suggested previously, the main barrier pertaining to assistive aids development is that they need to be tailored to their user’s needs and conditions. Yet, customizing items with traditional production processes isn’t cost-effective at all.

When it comes to additive manufacturing though, 3D printing different designs consecutively doesn’t imply any re-tooling cost, which allows assistive aids makers to mass-customize their parts. Hence the first advantage of 3D printing: Any item can be fully adapted to anyone who suffers from disabilities without involving high manufacturing costs.

With respect to  costs, 3D printing is not only beneficial with regard to the production process, the cost of adoption of the technology itself is also cheaper than other manufacturing methods. Low-entry FDM printers, for instance, can be purchased for a few hundred dollars. Also, they are sufficient to produce one’s own DIY aids.

This affordability helped democratize 3D printers and gave ground to multiple projects from associations and universities. Among them, we can mention MIT’s research program and the Make To Care contest, which both aim at making adaptive aids available to the population in different ways.

3D printing also proved to be very convenient to produce both light and sturdy parts. This benefit turns interesting for mobility equipment such as crutches, wheelchairs, orthoses or even prosthetics. Indeed, not only the walking sticks elderly use can be tailored to their height, but also made easier for them to carry. 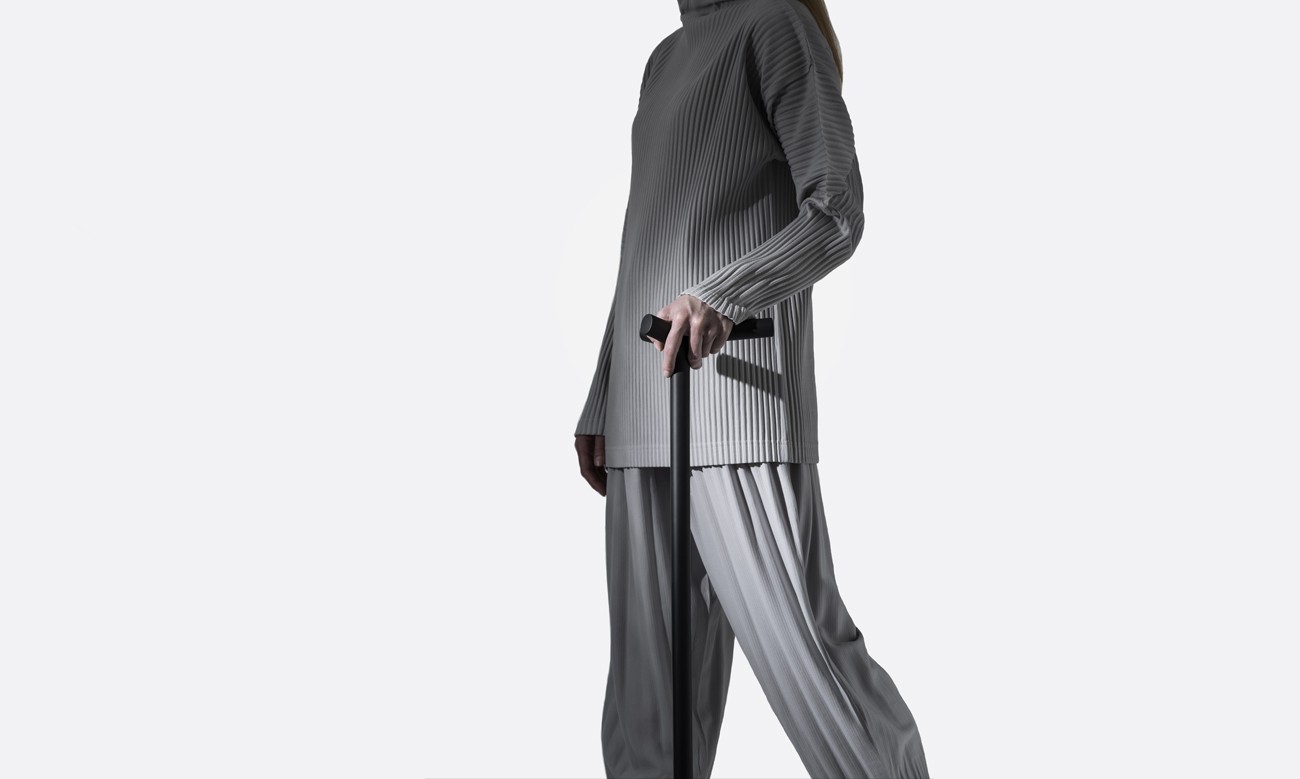 Mobility equipment may be one of the categories for which 3D printing has shown the most encouraging results, but it is not the only one. People suffering from disabilities may also need supports to help them interact with their environment, starting with their own home.

This very wide set of aids encompasses all the objects that people suffering from limb disabilities, or other conditions such as arthritis, may need to handle utensils or use furniture properly.

In this category, we can find utensil holders meant for those who don’t have the ability to use their hands to grasp spoons or even paintbrushes. Other 3D printed items such as adapted doorknobs also proved to be very useful for people who have issues applying strength to objects, such as those suffering from joint conditions.

Given that these parts are intended for pragmatic reasons and are often based on simple designs, the widening of the 3D printing community has been critical for the development of these adaptive aids.

NGOs and independent designers apart, companies are also trying to play a role in the development of adaptive aids. IKEA, for instance, made a point of making furniture accessible for people with specific disabilities. The company started the ThisAbles project with NGOs Milbat and Access Israel, which gave birth to the development of multiple design ranges such as couch lifts, easy handles, and mega switches.

3D printing has also shown some results in more complex applications. Innovations in visualization technologies have been achieved thanks to 3D printing and are used to better help blind people understand physical things. The See3D initiative, for instance, has had the idea of making mock-ups that would combine the physical aspect of an object and braille. Visually impaired people can then manipulate the object and understand its specificity thanks to the braille explanations covering the surfaces. 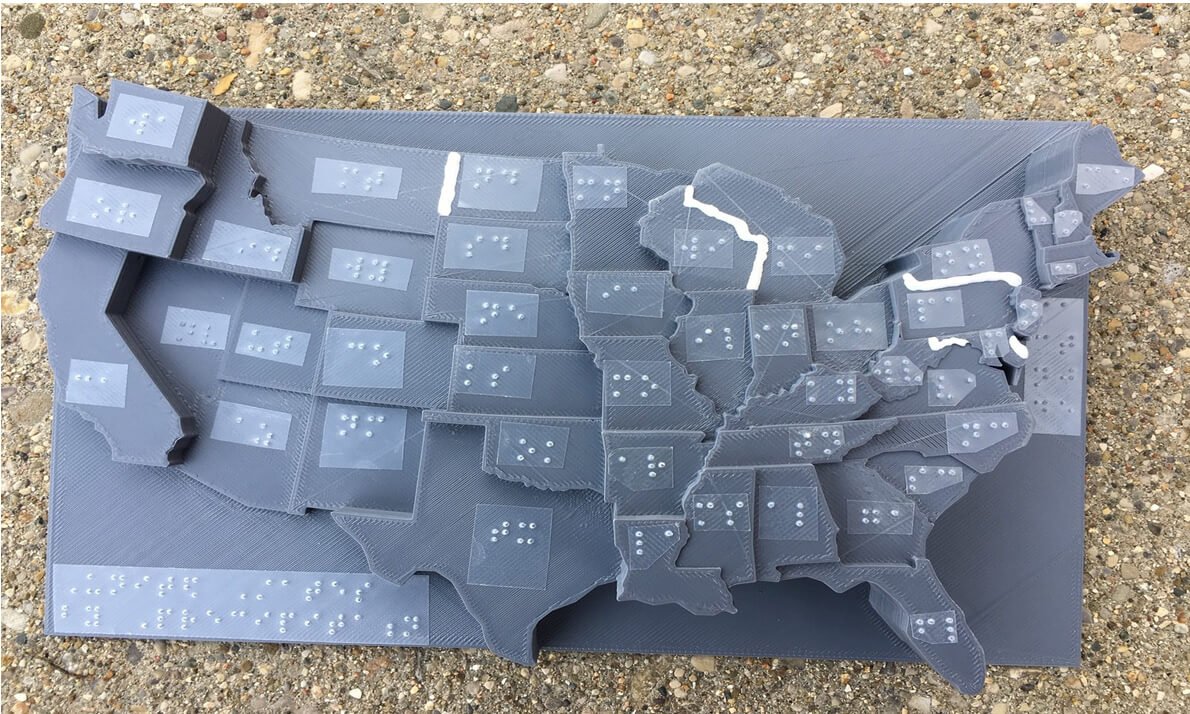 We hope this article helped you find some inspiration for your projects. If you plan on making adaptive aids, don’t hesitate to contact us to identify how 3D printing could benefit your project, or you can also upload your file onto our 3D printing service.