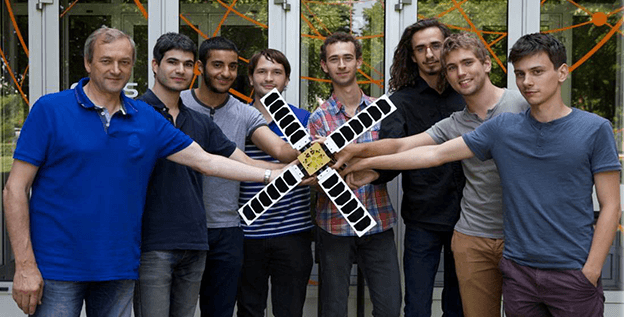 The Eyesat mission is bringing Sculpteo into space

3D Printing and aerospace definitely go along well. After having printed Rosetta’s comet, we are happy to work with another CNES (the French National Center for Space Research) project. This time, a satellite will be sent to space… with Sculpteo 3D prints on board! And the presentation model will be 3D printed mainly through Sculpteo’s services as well. We got the chance to meet with Pascal Martinelli, who supervises the conceptualization and manufacturing of the Eyesat satellite’s mechanical parts with a group of passionate students.

After months of preparation, the Eyesat mission aims to send a satellite to observe the Milky Way and Zodiacal Light. But more than that, it’s apart of the big Janus Project. Several times a year, the CNES launches missions utilizing the best engineering students from all over France and they become part of the Janus Project. This way, the CNES receives the most promising young engineers that are interested in aerospace. “It’s a practical tool to get students at engineering schools and universities more involved in space sciences,” says Alain Gaboriaud, project leader at CNES. Also closely associated with this project are the GMP Department of the IUT de Cachan and Paris-Sud University. 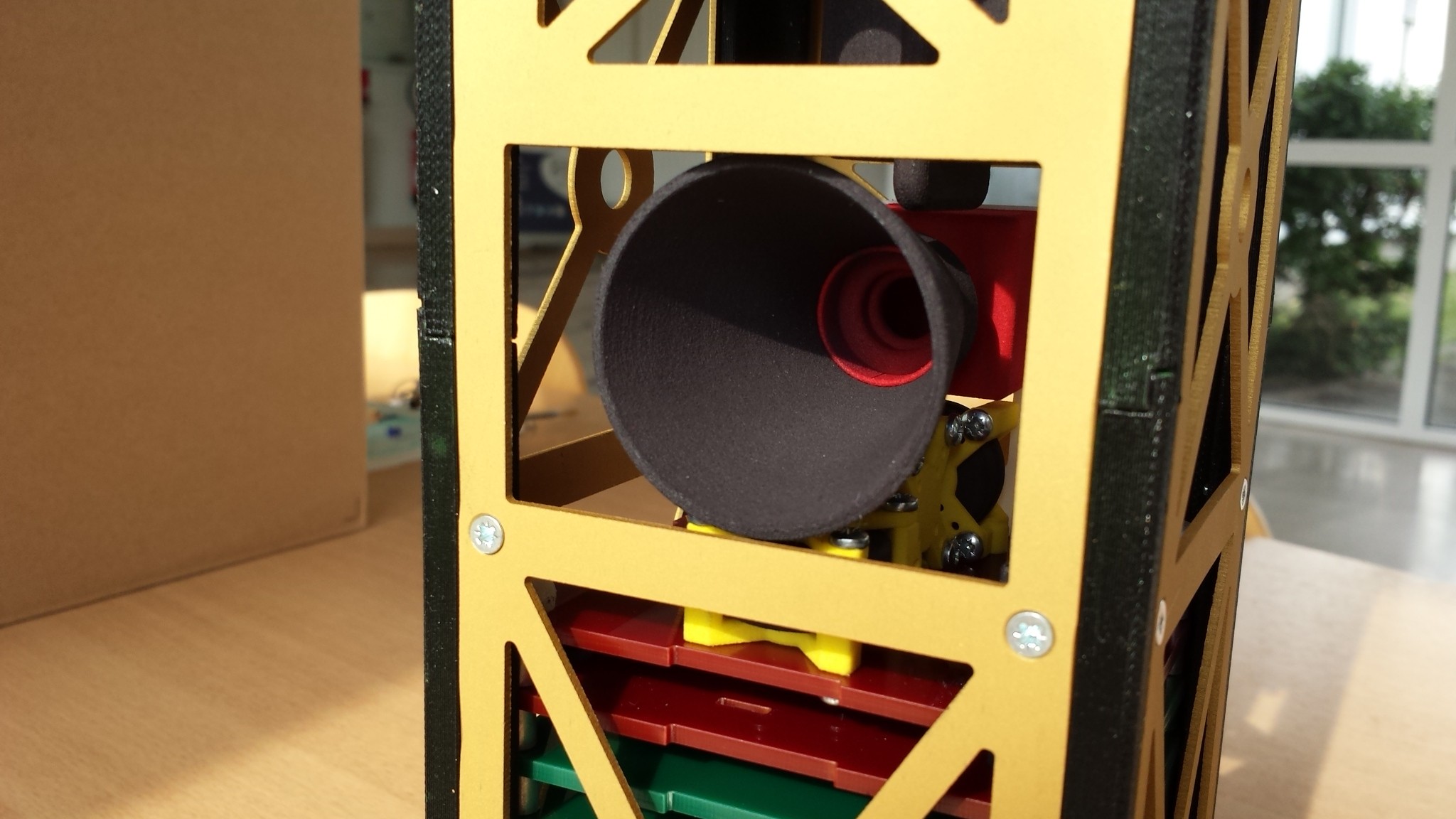 Whenever a satellite will be propelled to space, several scale versions of it have to be made to display the project during conferences or exhibitions, while others serve as a real life demo. For example, it’s essential to test a prototype to simulate the dynamic behaviours of the future satellite in space. Making a perfectly scaled and balanced replica, then sending it within a zero-gravity aircraft helps to ensure that the satellite is going to work.

In total the Eyesat project required almost 400 3D printed parts for a total of 14 mockups. For this, the CNES used Sculpteo’s 3D printing services. After determining the right material, in this case plastic; the CNES used our Batch Control features to manufacture parts that needed multiple units. 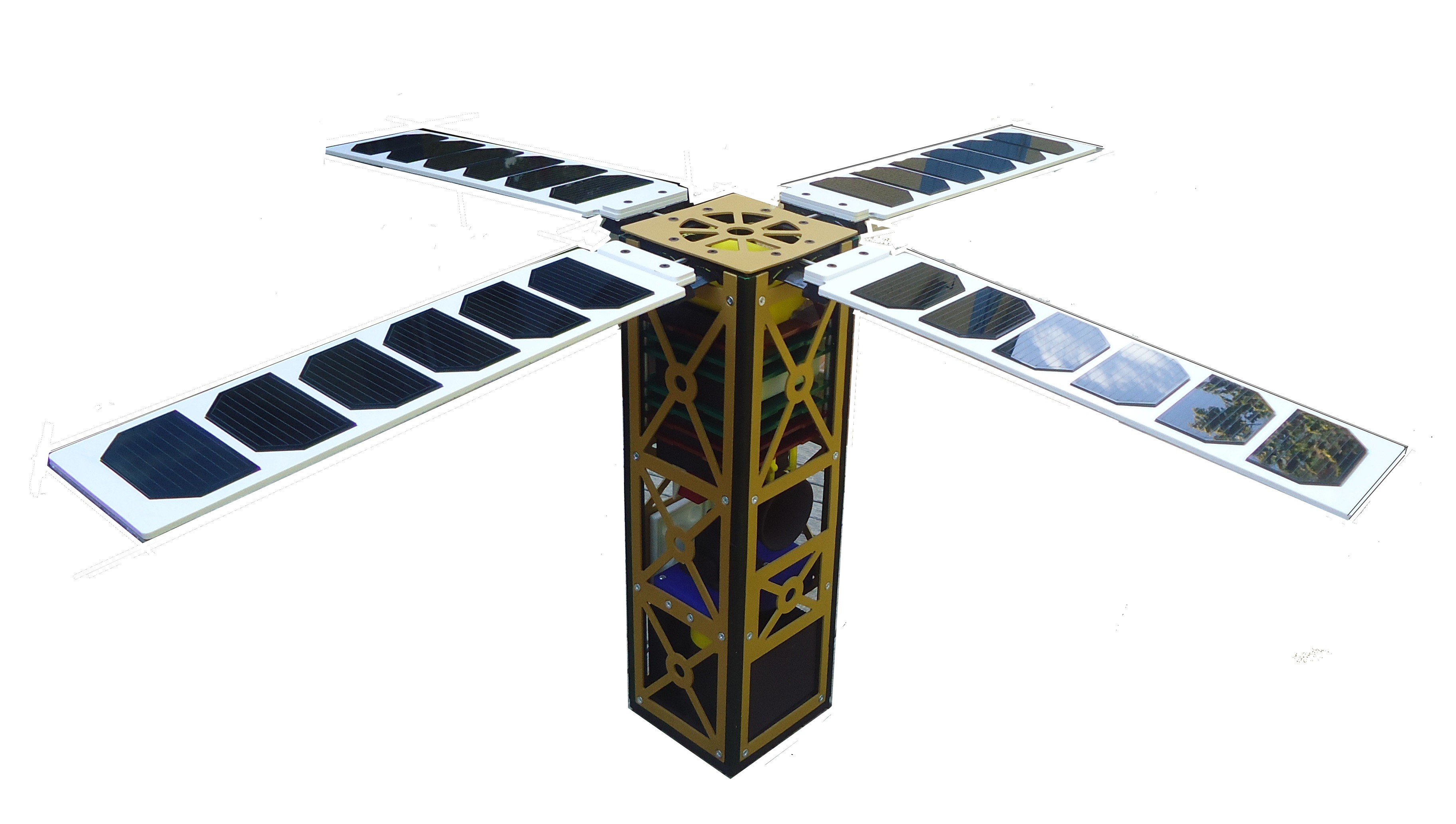 Once you select at least 20 units or more, the Batch Control feature activates itself, giving you a virtual control over the machine. Batch Control lets you pick the resolution (down to 60µ) and the print orientation. Nonetheless, the pricing itself is adjusted to be the most competitive out there. Sculpteo is handling everything from printing to finishing.

The coloring option has been particularly helpful for prototypes that had a didactical role, by giving specific color to the different parts of the future satellite. 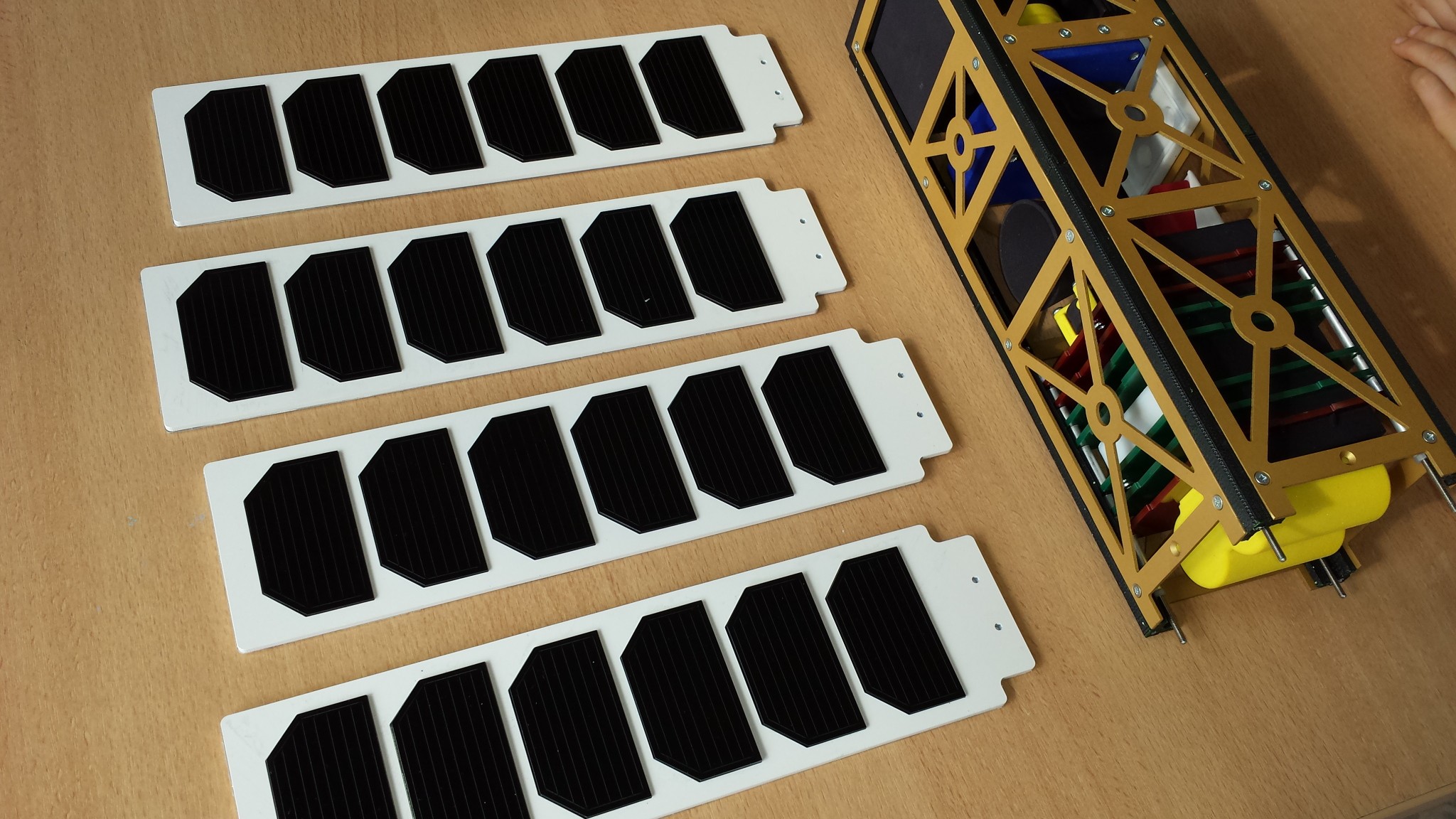 The final version of the satelitte also include 3D printed parts, even if they’re less abundant.To manufacture the Eyesat satellite, 3D printing is used to create four fixation parts and a sunviso, if UV and cold resistance tests are decisive, .

“3D printing is not necessarily the first manufacturing technique that comes to mind when you’re designing a satellite. Engineers are still lacking some experience with it and that’s one of the reasons why it’s not used as much as it should be to produce the final EYESAT satellite. The other reason however is more down to earth. Polyamide even when not 3D printed can absord 5% of its weight in water,which means water can get inside the material. While in space, any moisture would turn into condensation on the lenses of the camera resulting in degraded images. That’s why we still need to test 3D printed parts for this.” Martinelli explains.

In 2013, the JANUS project had a dozen projects in development and all of them were using 3D printing as a key manufacturing technique to develop the final version that has been send to space. On this, Pascal Martinelli specifically states: “For the manufacturing of models it would have been impossible to plan this series of 12 units for the deadlines granted to this operation. Those project are difficult to fund and even if 3D printing can not be economically efficient everywhere, in this particular case it’s the only way to match our budget”.

We wishes the Eyesat mission a long and successful life. If you’re interested in the other space related projects we helped bring to life, why don’t you take a look at the Rosetta comet print or Pierro Astro.