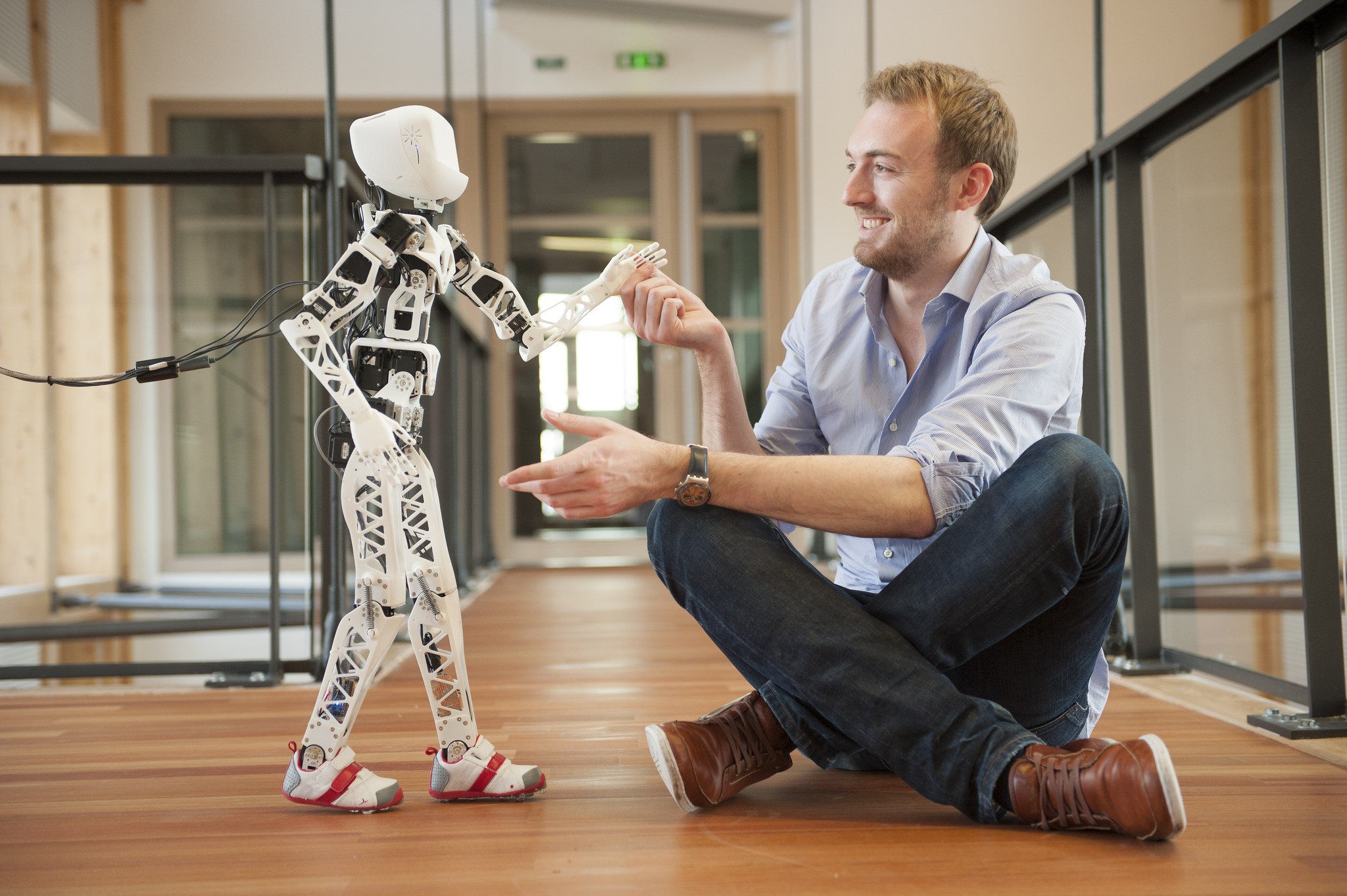 Poppy was born from the desires of groups like INRIA (French Institute for Research in Computer Science and Automation) and Génération Robots to democratize and popularize robotics research by developing a fully open source robot. The idea was to make the various components of the Poppy robot (hardware, software, mechanical parts) available to the public on a single platform, so that everyone can create their own robot.

With the Poppy project, everything is open source—its various components can be modified and rearranged as users see fit. For example, on the software end of things, users can modify the source code to customize the functionality of their Poppy. So don’t be surprised if you see a Poppy in a musical setup or even a flying Poppy!

Owing to the myriad possibilities offered by the Poppy Project, the community surrounding it is in turn a strong, dynamic and eclectic bunch. They all found themselves united by a common calling: the research, experimentation and sharing that accompany robotic creation. The build-it-yourself aspect of Poppy presents a wonderful empirical learning tool for those interested in robotics, whether you are a developer, educator, scientist or artist.

What makes Poppy peculiar is not only that it’s open source and fully modifiable, but also that it’s printed entirely in 3D. This applies to the 40 pieces that make up the skeleton of the robot. This is more than just a mere technical specification: the Poppy project might never have seen the light of day if it had to rely on more traditional manufacturing methods like machining or injection molding.

Indeed, for a project where sharing is key, 3D printing is particularly well suited to the task. Participants in the Poppy project only need to provide 3D ​​models on their platform so that users can then produce them via 3D printing services such as Sculpteo. Under a traditional manufacturing model, the project developers would have to deal with various stages of production, particularly the need to produce a large stock to offset the production costs, not to mention the inventory management cost… With 3D printing, regardless of the quantity produced, the cost remains the same, whether it is for 1 or 1000 copies. 3D models used in printing are easy to download. 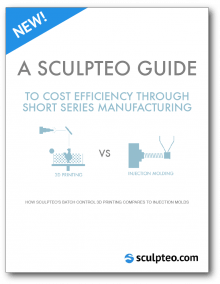 We actually have an ebook that compares 3D printing process and traditional manufacturing methods. You can download it here!

Moreover, a complex and unique customization would not have been possible any other way than by 3D printing. By making Poppy 3D files available to everyone, users can decide to modify or improve upon existing 3D models and share the results. For example, in the case of the Poppy drone, the shoulders on the model have been modified in order to support propellers. 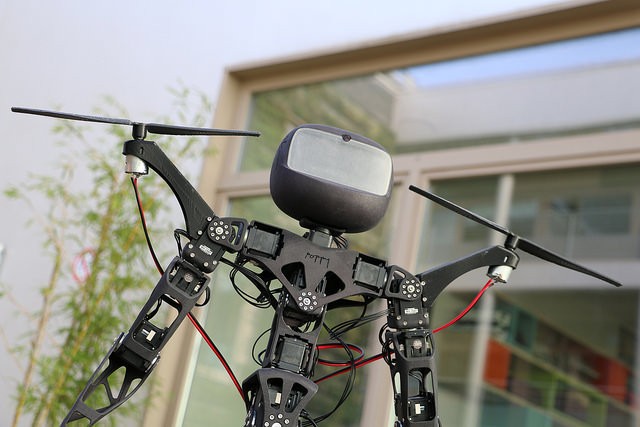 In this sense, the level of detail offered by 3D printing has undeniably influenced developments in the field of robotics:

“3D printing is an opportunity to easily reproduce the structure of a robot and to share it, so the user community can improve on it. More and more robots are being produced thanks to 3D printing. Additive manufacturing is a long-term trend for the robotic market, just as it is for aeronautic and automobile businesses. “ Jérôme Laplace, Director, Génération Robots / HumaRobotics

Lastly, the clear advantage in using 3D printing to manufacture Poppy resides in the quality and cost of the material chosen for Poppy production. Poppy components are printed by SLS (Selective Laser Sintering), a 3D printing process that binds polyamides together through melting. It is a quick and affordable process, and the plastic used in SLS 3D printing is flexible and durable. Its properties are particularly suitable for producing mechanical objects (gears, hinged parts, etc.).

In our role as project partners we’ve printed more than fifteen Poppy robots to date. What will your Poppy look like? To get started, download the Poppy 3D files and upload them to our website. With our ability to handle multiple 3D file uploads, uploading the 40 Poppy component models will be a piece of cake!