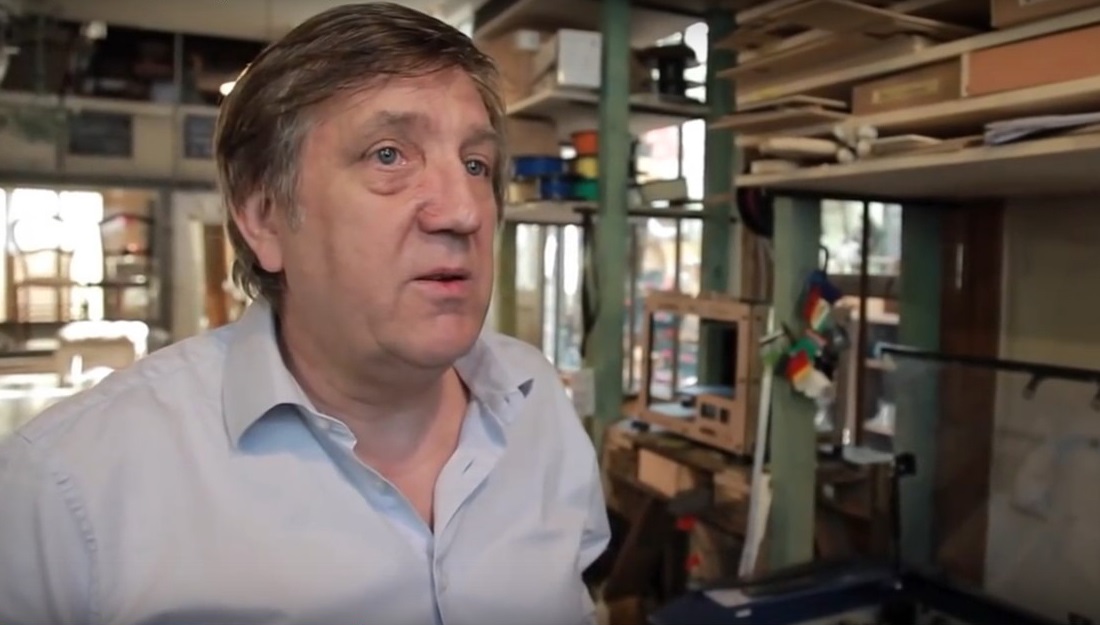 3D Printing with style – a tribute to Jean Colladon

How to build a digital manufacturing business with style and panache?
Jean Colladon was a designer, an entrepreneur, an artist, and a mentor for startups in their early stages.
Jean Colladon was also a good friend of Sculpteo, a fervent supporter, a benevolent force, and for two years, a board member. He’s had a huge impact on our business, as well as on many of our personal lives. He passed away on a warm afternoon in June. All our thoughts are with his daughters, and as we grieve, we would like to pay our respects by writing about the five things we have learned and built at his side.

1. Think outside the box.

The rocket, otherwise known as Jean, landed on Planet Sculpteo on March 21, 2012, and we all quickly became friends, finding out that we had many things in common. Our respective paths had crossed, grew in tandem, and were sealed by the posting of a job for a board member in 2015.
Jean was a jack-of-all-trades with no preconceptions, having started out his professional life with a career in business. A graduate of École Boulle in carpentry, he was a marketing and digital fabrication professor, an artist, a mentor for startups, a 3D printing evangelist, a designer…and there was no incoherency in being all these things at the same time.
Jean wasn’t interested following the traditional path. For him, there was nothing wrong in having pursued the studies he did, and having followed a different line of work. Only curiosity and desire should guide us in our professions. In representing Essec, he applied the principle of working with excellence to a new level. And he enjoyed the fruits of this nonconformity and freedom of thought. At Sculpteo, we are committed to recruiting the unique and multi-faceted type of people that he introduced us to – some out of the ordinary people who have left a mark on our business. As an innovation company, there is a lot to be gained in having people from different paths on your team; in having a flexible framework with key positions. Jean was an expert in human relations.

2. Kindness is an essential driver of business

Jean had a vision of human relations based on kindness. He knew how to focus on the positive parts of situations and people, and to turn them into drivers for advancement, because everyone wants to do well, to build instead of destroy, to give reason to the adage that “1+1=3” more so than profiting off the weakness of another. In focusing on the qualities of whatever person he was dealing with or the positives of a situation, he knew how to reduce or eliminate fear and doubt. He wasn’t so much a reckless daredevil, but he had a gift for bringing out the best in people. And if the unknowns in life had you in the shadows, you could always come and warm yourself in Jean’s light. He would offer all the advice and wisdom of a champion, capable of capturing the importance of every detail – a feeling as well as a grand vision. In the literal sense as well as the figurative sense, the hundreds of kilometers traveled side by side with him have always been good moments.
In the five years that we’ve known Jean, we have seen the results of his kindness, and the number of things he undertook and encouraged around him. It’s a quality we look for and encourage among all our partners at Sculpteo. 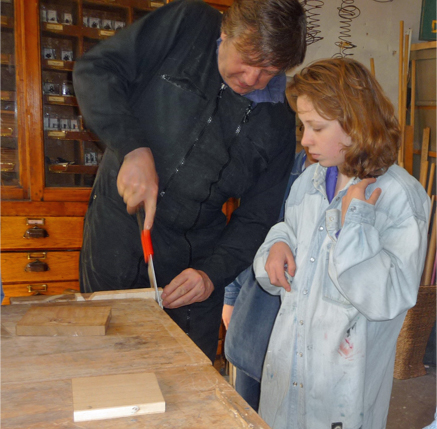 3. Teach, convey, and guide with enthusiasm.

Jean signed his emails as “Founder of Jisseo, an innovation and pre-seeding company”. Pre-seeding is the correct term for someone who helps people get a foot in the door, or fans the flames of entrepreneurship of those who come to him for advice. Jean brought to us a spirit of boundless enthusiasm. A talent he attributed to a great sense of listening and the razor-sharp vision of a hunter. He helped many of us build our “stairway to heaven”.
In one of his Jisseo videos on YouTube, Jean says, “When you teach people, you learn with them. That is to say, there are people who come here with some pretty crazy projects that they don’t know how to approach… You study with them, you test, and just when you’ve found a solution, there is always another surprise!” These words perfectly reflect his enthusiasm for sharing.

4. Loyalty is a cardinal virtue.

In our five years of working with Jean, the regularity of his follow-up and his presence drew our admiration. Jean was a very engaged person. His engagement with Sculpteo meant always being present when called to help – even if it meant waking up every two hours during the night to verify a printing on his Makerbot before Marine’s departure to Milan for Design Week – and it was also about being present even when not specifically called upon. For Jean, to be a member of our board was not only an honour, it was a duty that brought with it a certain amount of obligation that he carried as far as he possibly could. As entrepreneurs, in our professional lives, we sometimes fail to keep in touch because we get caught up in our priorities, and it’s often the perfect excuse to not touch base, or follow-up on a project, or maintain a relationship…but Jean was the living embodiment that there are only excuses…he was no less busy than we were, and he showed us the immense value of loyalty in a world where the loss of personal contact is becoming the norm. Jean maintained more than a professional relationship with everyone he knew at Sculpteo, and we are extremely fortunate to have been able to call him our friend. Jean would often give us a quick call to see how we were doing. We will miss this rare brand of kindness. 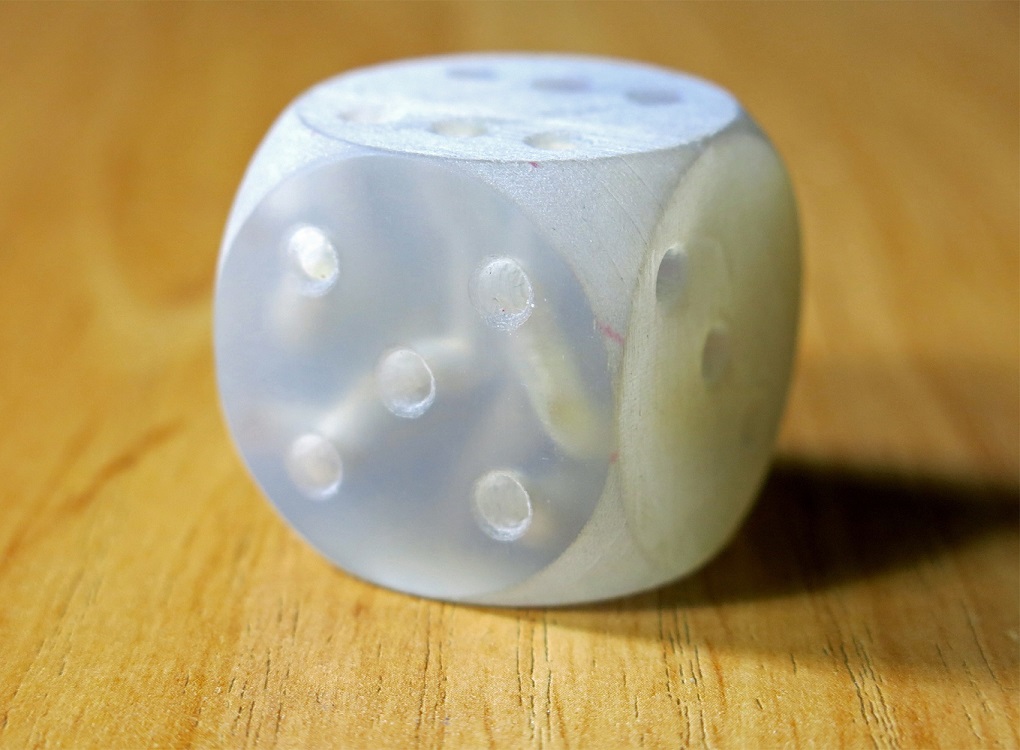 5. To achieve the impossible, you must be curious and love to make.

One of Jean’s emblematic designs is dice that are impossible to make any other way than on a 3D printer; dice that aren’t what they seem to be. Jean was never a person who would back down from an impossible project. He was known to always be setting out on a new adventure and removing challenges along the way, thanks to his curiosity. To raise a giant statue in Brazil or to create an installation around a chessboard didn’t pose any difficulty for him, but rather piqued his interest to find and implement a solution.
But the intellectual dimension never overrode the pleasure of creating, crafting, and finishing. Jean never gave up on a project because he never gave up on any of us. He tried one approach, and voila! And if that didn’t work, his curiosity would kick in, and he’d try something else, and voila again!
Jean showed us that often, people spend too much time talking, and not enough time making. With him, we developed more tenacity and competence to see things through, but with no frustration; just the satisfaction of making whatever was necessary to find the solution.

Since Jean has now entered into the great zone of mystery, we wish him a wonderful journey. In the event that the mystery is a new adventure, we know this: if Jean is somewhere above, he is already working with the stars to organise football matches, and he is already discussing with the clouds to see what he can do to combat global warming.

Thank you for everything, Jean.