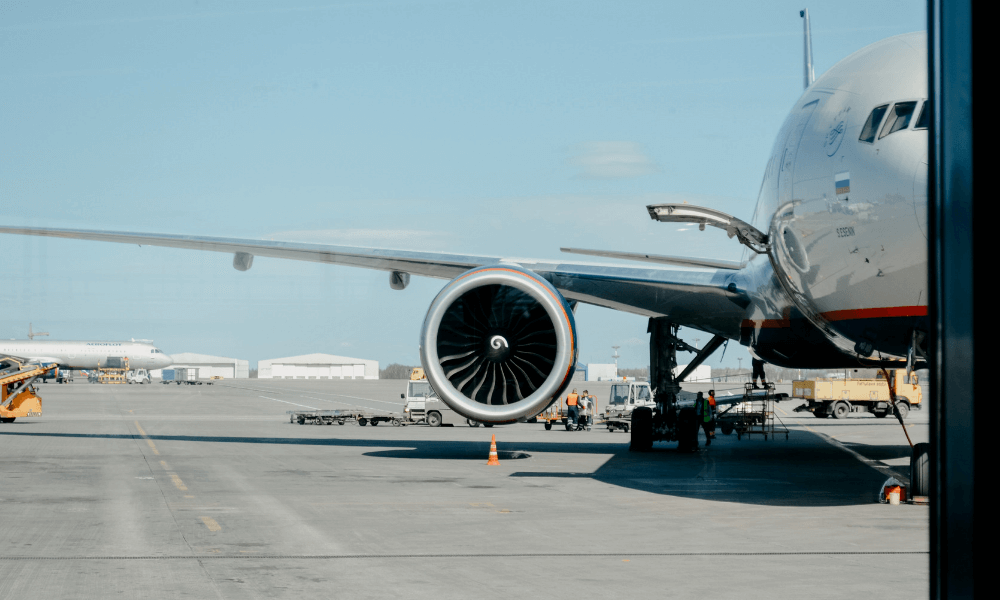 Your next flight will be with 3D printed engine parts!

Additive Manufacturing is becoming commonly used in many industries and aerospace is no different. We already talked about 3D printed rocket engines and Siemens’ turbine blades. Now it’s time to talk about Airbus again. Clearly, this Aerospace giant is making the most of Additive Manufacturing. What is their next project? Find out with our blog post right now!

We already know Airbus has been investing in Additive Manufacturing technologies. The company benefits from it with absolutely new design freedom, allowing for innovative production solutions that the industry hasn’t seen before. What is so beneficial about 3D printed parts?

3D printed parts are robust, sometimes stronger than the ones produced with traditional methods; create less material waste; bring the production costs down; and what most important in the aerospace industry- they are lightweight. The lighter the airplane, the less fuel it needs, again benefiting the company by reducing the costs. 3D printing brings the lower cost to production at the same time providing the user with excellent weight to strength ratio of the 3D printed parts.

Not only that, when the subcontractor for manufacturing a plastic seat part was no longer available, Airbus turned to Additive Manufacturing to look for an answer to that problem. The most efficient solution came with 3D printing. They were able to redesign the part and quickly 3D print it. This means no more subcontractors, time-consuming shipping, and independence from waiting and ordering spare parts- they can be manufactured when needed, in-house.

What is the next step for Airbus?

Airbus continues to invest in the Additive Manufacturing technologies for mass production. And, as of January 2019, brand-new 3D printed brackets will be shipped to be installed in the first aircraft! Airbus is closely working with GE Additive and GE Aviation which recently announced the 3D printed engine parts have been approved by the Federal Aviation Administration (FAA).

The 3D printed engine parts are called Power Door Opening System (PDOS) brackets. They play a very important role in the architecture of the engine. They are used for maintenance of the engine on the ground, which the planes have to go through regularly to ensure the safety of the passengers is kept to the highest standards. The brackets open and close the fan cowl door. Currently, the parts are produced with a solid block of metal and produced about 50% of waste. How can 3D printing help? 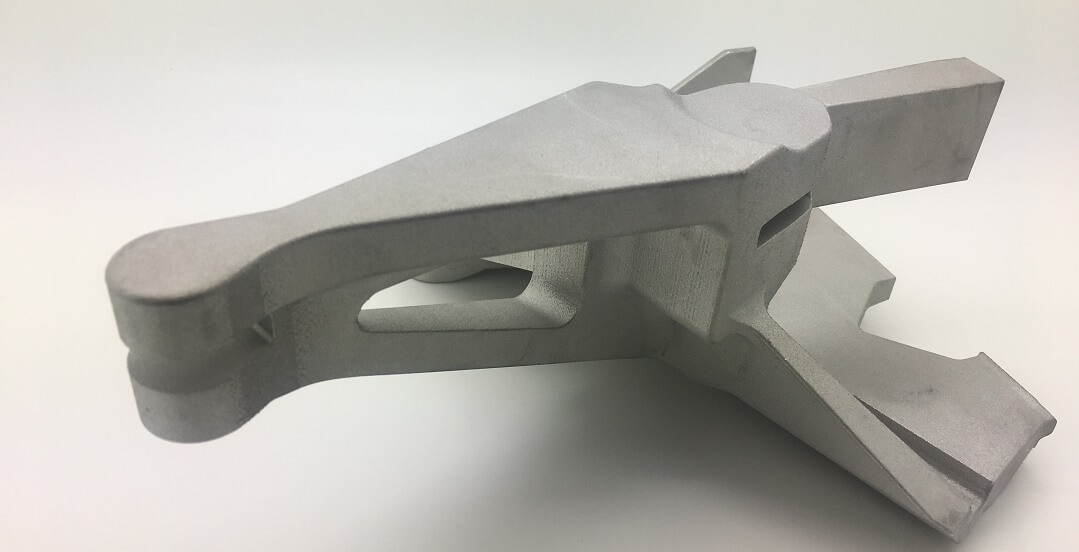 Using Additive Manufacturing to produce 3D printed engine brackets resulted in 90% less waste and 10% lighter structure! The parts will be installed in GE Aviation’s GEnx-28 engines, used in the Boeing 747-8. It’s an engine like no other- according to GE, it’s the most trusted one by the industry, resulting in being the fastest-selling as well. 3D printing has been an absolute game-changer for Airbus providing them with lightweight, but strong 3D printed parts.

New 3D printed engine brackets are produced with Direct Metal Laser Melting (DMLM). The process is very similar to DMLS, which is a metal 3D printing technology, based on powder being sintered locally with a laser beam, layer by layer. However, DMLS doesn’t fully melt the powder, whereas DMLM metal 3D printing technology does. The material in question is cobalt-chrome. GE decided to proceed using it instead of the traditional nickel-based superalloy.

The 3D printed engine parts are manufactured with GE Additive Concept Laser M2. Jason Oliver, President, and CEO of GE Additive comments on this revolutionary improvement: “Seeing the M2 machines produce flight quality hardware, and demonstrating what it is truly capable of, is another great milestone in our own additive journey.” 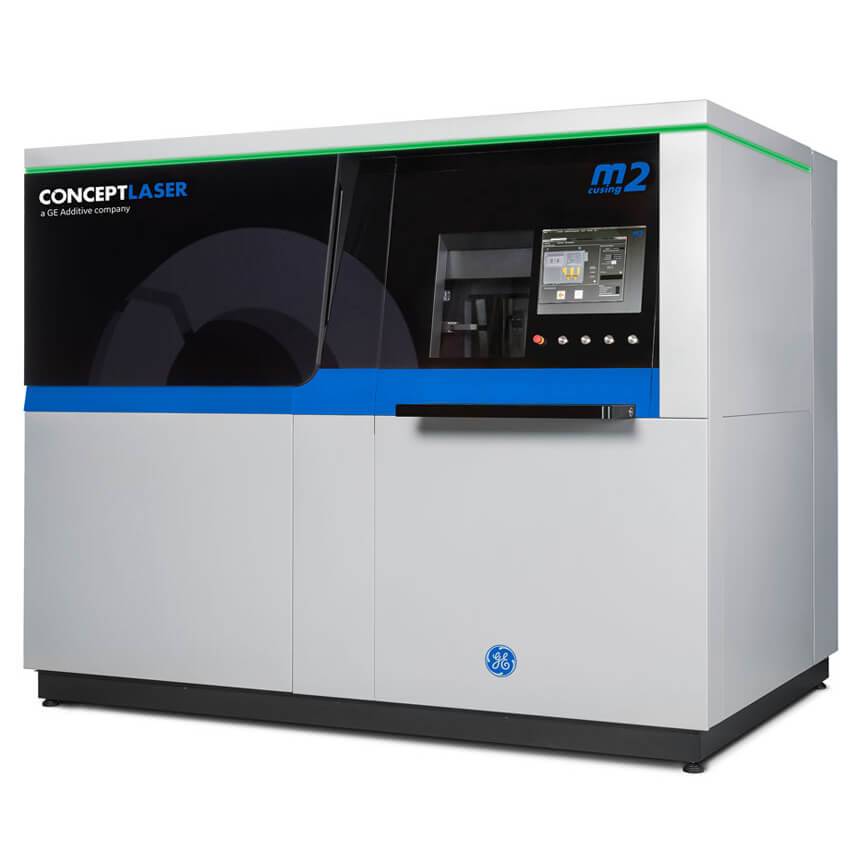 This change allows faster and more efficient production as with Additive Manufacturing GE is able to produce an entire aircraft’s worth of brackets in just one build. This means printing jobs will produce multiple objects, quickly manufacturing spare parts when needed. Jason Oliver adds: ‘’In such a short space of time, they have really excelled with the PDOS bracket and achieved a truly groundbreaking success.”

Have you invested in Additive Manufacturing yet?

As you can see mass production of 3D printed engine parts is no more a dream, it’s a reality. The brackets are a perfect example of how far Additive Manufacturing has developed and the fact that they have met the FAA’s rigorous restrictions proves that 3D printing has reached the highest level of engineering proficiency. Additive Manufacturing reduces production costs, exchanges old and heavy parts with robust, lightweight, and more efficiently redesigned ones, the benefits of 3D printing are endless.

Don’t wait until your competitors start using Additive Manufacturing, get your hands on it now! If you have no experience with 3D printing, don’t worry, our Design Studio is here to help. And, if you already have your CAD files prepared, simply upload them to our 3D printing online service.

To stay on top of your production game, don’t forget to subscribe to our Newsletter and follow us on LinkedIn!