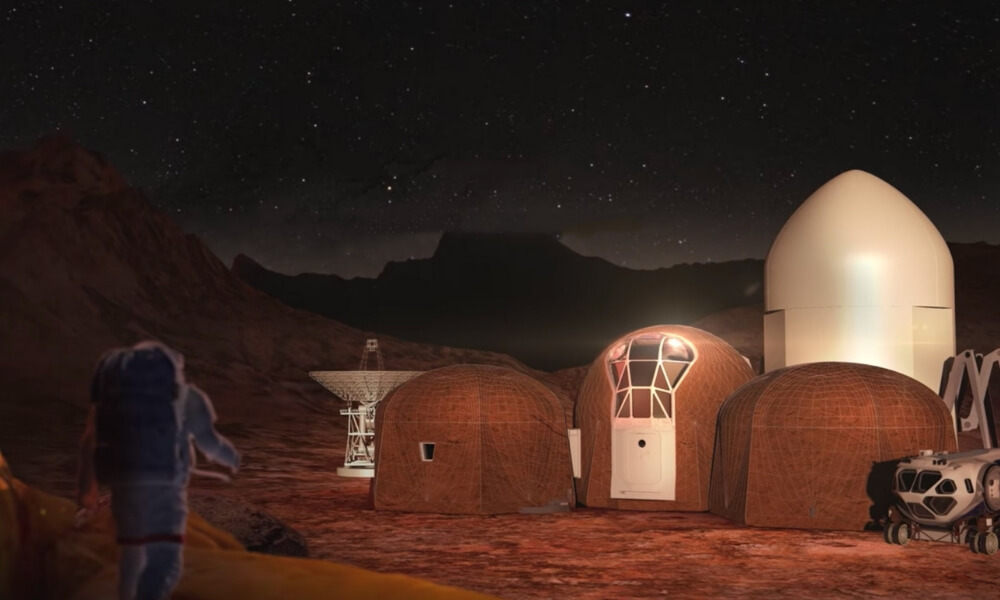 What are the latest developments in 3D printing in space?

Additive Manufacturing is exactly what the Aerospace industry needs, as it redefines design and material possibilities. Researchers already work with 3D printing on Earth and the potential uses of it in space. The next step? Testing it in orbit and on Mars. It’s been a while since we sent our 3D printed satellite into space, what has changed since then?

Using 3D printing in space can be challenging, but not impossible. Additive Manufacturing brings more benefits to the aerospace industry than disadvantages, so scientists and engineers all around the world are not giving up on this technology. Certainly, AM gives the possibility to use new materials that no other technology could produce objects with. We already discussed an incredible project of 3D printing with moondust.

Other than that, Additive Manufacturing also allows for the creation of lightweight structures, which is absolutely crucial in the aerospace industry, even if the 3D printing process happens in space. 3D printed mechanical parts are strong and robust and can be produced fast and be lightweight with lattice structures. Let’s see which of these benefits are already used by scientists!

The eco 3D printer in space

Just in November, a new mission was launched to orbiting lab by NASA. The Northrop Grumman Cygnus is a resupply flight carrying not only Virtual Reality devices and simulated stardust, but also an eco 3D printer to the space station. The goal is to develop and test methods to use 3D printing in space in zero gravity and recycle the material found on stars. This is the first time ever to perform such an experiment in space.

The recycled material needs to pass rigoristic quality control checks to assure the parts won’t break. This is exactly what is being tested in space right now! Another benefit of this development would be the elimination of feedstock sent from Earth. If we could use stardust or moondust to 3D print, we wouldn’t have a problem of running out of the filament. Sounds unbelievable? Follow the blog and find out 3D printing on Mars!

Back in 2014, NASA announced the 3D printed Habitat Competition. The goal of it was for the contestants to develop sustainable and independent shelters for 4 astronauts who would start a mission on Mars. The teams had to find solutions to transporting printing materials from space stations, address the problem of different landscapes and atmospheres between Earth and Mars and they all had to use Additive Manufacturing technologies. This past summer, NASA selected 5 finalists. Let’s discover their ideas of humanity colonizing Mars!

Nature finds perfect solutions and creates ideal structures to overcome any problems it might meet. Mankind has been observing nature, learning from it, and mimicking it to come up with answers to our production and manufacturing problems. This process is called biomimicry. And this is exactly the way that the Team Zopherus led their project.

The group from Arkansas created a modular habitat which would be 3D printed without any need for humans to interfere, they would be safe at a space station waiting for the habitat to be produced. The concept is for a lander to scan the surroundings and pick the best place to start 3D printing. It would use the soil surrounding it to build houses, labs, gyms and other recreational places. Their project is eco-friendly, very independent and highly efficient for us to one day move to Mars, carrying not much more than a 3D printer.

Second finalist in the competition won AI SpaceFactory. They decided to move forward with long, vertical shelters, explaining it as the best structure for the Martian surface. It also could be easily divided into different living areas for various activities. However, compared to Zopherus team, each house is separate, and built of a mixture of Martian soil and bioplastic.

The team paid a lot of attention to providing the best experience for the habitats. They emphasized how important it is for people to be able to do basic, daily life tasks. Mental health of the crew and obtaining a stable social life was taken into great consideration. With AI SpaceFactory the human aspect was the main factor around which the whole structure of habitat on Mars was created.

The Kahn-Yates team also designed separated houses, however, their shape is different. Their take on the structure of the habitat is still around, as that solution is the best for strong storms, but it is covered in see-through shell. The pattern of the shell is also inspired by nature, providing the inhabitants with natural sunlight.

3D printing in space allowed the team to come up with a concept of a five-axis arm that would begin the process by printing a foundation with Martian soil. The team also had an idea for a nozzle printing with high-density polyethylene on each side of the shell, which would hold the Martian concrete in between.

What stands out about this particular project is the garden. The green area would allow people to freely walk, grow their own produce and continue with some activities as if they were on Earth. This is a very important aspect to consider as living in one, limited space can have great effects on the crew’s mental health.

A team from Northwestern University called SEArch+/Apis Cor designed a much more complex environment. With 3D printing in space, they want to build a double shell to give maximum radiation protection. Their habitat is much more visually pleasing to the eye. The team took into great consideration that humans would spend there most of the time.

The house would be 3D printed before the crew even leaves the space station. The living space inside the shells contains two connected capsule-like environments. The design of the shell was inspired by the church of the Assumption of Mary in Italy, where the walls overlap creating an abstract structure for the roof.

Tha last finalist was also taken by Northwestern University with team Martian 3Design. Their houses resemble a turtle shell and unlike the others can be connected, creating whole living structures. The habitat will be 3D printed, the crucial part is the foundation and protection shell.

What makes the project stand out is the interior design. Inside, the team divided the living areas into 2 sectors: wet and dry areas. Wet areas consist of a lab, kitchen, and bathrooms. Thanks to that division the plumbing and mechanical systems will be concentrated, which allows for more thoughtful placements of 3D printers and other machinery. Dry rooms are the bedrooms and are considered a private wing of the house.


Would you like to start 3D printing in space?

As you can see, 3D printing in space is already possible! We are developing sustainable 3D printer which can easily reuse the material or use the one available around them, such as the moon or stardust. The future of 3D printed houses on Mars might seem like science-fiction, but so was going to the moon, and we made it. It is important not to ignore such possibilities.

As Sculpteo we might not want to conquer Mars yet, but you can still use our online 3D printing service for more down-to-earth projects. Discover our Additive Manufacturing technologies and contact us if you have any questions!