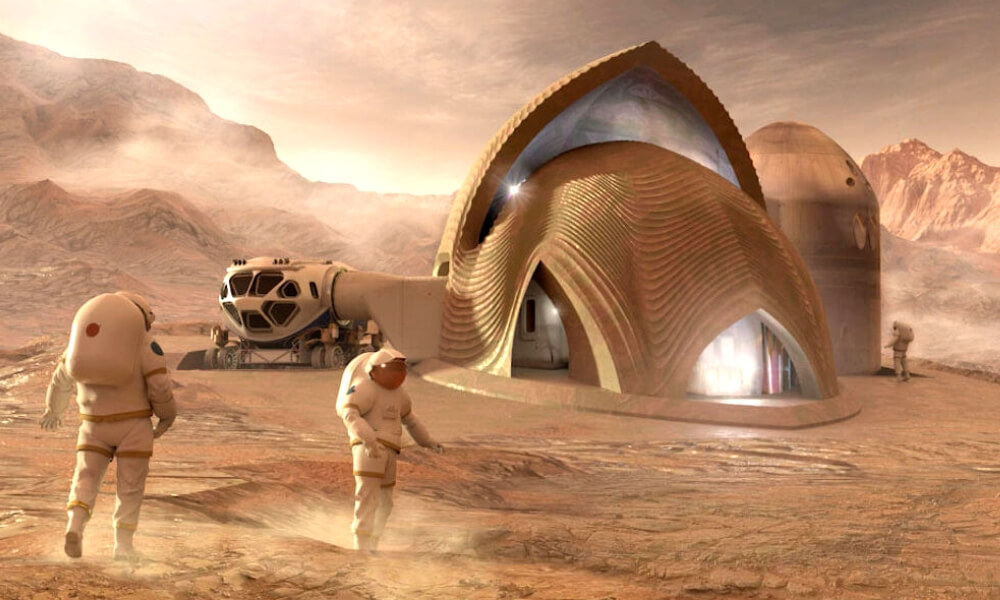 Just at the end of last year, we wrote about the finalists of NASA’s habitat challenge. The whole competition took 4 years to complete, and now, after the final tests, the winner has been announced! Which project won? Find out now!

What was the challenge?

In case you missed the news, back in 2014 NASA launched their 3D printed habitat challenge on Mars. The habitat needed to meet specific requirements. They needed to be sustainable, consisting of independent shelters for 4 astronauts. The contestants had to face such issues as transporting the 3D printers and their material, or differences between atmospheres and landscapes of Earth and Mars. It was also mandatory to use Additive Manufacturing technologies. Discover more about the projects which made it to the finals.

The winner was AI SpaceFactory from New York. Their efforts were highly focused on the crew living in 3D printed structures. For the team, it was essential that the habitats were able to complete basic, daily life tasks. They emphasized that the mental health of the crew and keeping a stable social life was critical in the long term perspective.

The whole structure is long and vertical, which was explained to be the best for Mars’ surface. It would be 3D printed with Martian soil and bioplastic, which is ecological and partly eliminates transportation of a lot of materials from space stations. It is divided into sectors committed to different daily activities.

In the final part of the competition, the habitats were 3D printed in scale 1:3 and went through several tests. There were 3 tests completed: smoke test, impact, and crushing. The goal was to imitate the environment of the moon and Mars to see how the structures will behave. 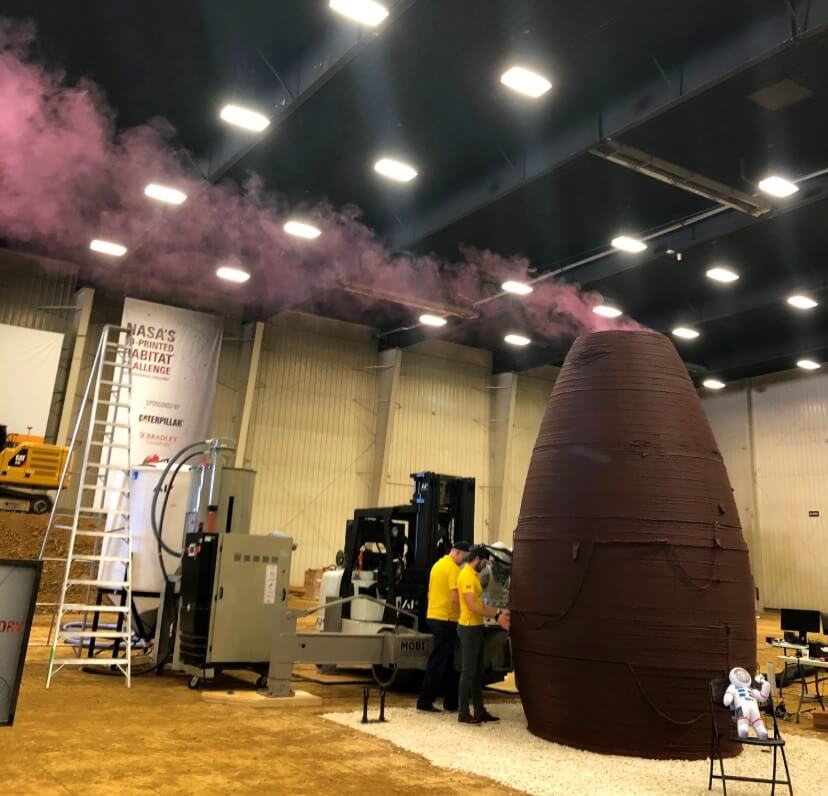 The structures were checked for leakage, durability, strength, and material mix. Those aspects were tested in various ways. One involved throwing mini cannonballs at the 3D printed habitats. They resembled meteor strikes on the Moon and Mars. Another one involved crushing the structures with an excavator.

Monsi Roman, program manager for NASA’s Centennial Challenges commented ‘’The final milestone of this competition is a culmination of extremely hard work by bright, inventive minds who are helping us advance the technologies we need for a sustainable human presence on the Moon, and then on Mars. We celebrate their vision, dedication and innovation in devoting concepts what will not only further NASA’s deep- space goals but also provide housing solutions right here on Earth’’

What is next for 3D printed habitats?

Plans to move humanity to the Moon or Mars might be a bit far. But right now 3D printing is already helping to build a better future for us on Earth. We already wrote about the benefits of Additive Manufacturing for the construction industry and about the best 3D printed construction projects. Hungry for some more exciting news? Did you know that it’s possible to 3D print tissue in space? No? Well, learn more right here.

If you have more down to Earth 3D printing projects, feel free to consult them with our 3D printing experts! Additive Manufacturing is now more accessible than ever, it is as easy as uploading your file to our online 3D printing service.