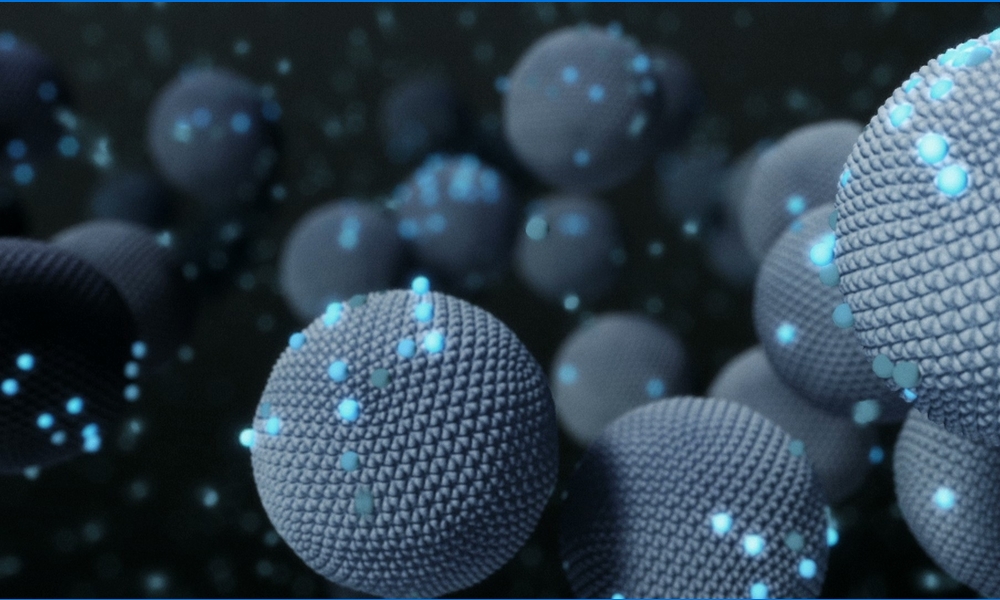 Researchers at Zhejiang University, in China, are developing a new 3D nanofabrication technique, using ice and electron beam technology. How does it work? What are the possible applications of this nano 3D printing technique? All the answers to your questions are in this blog post.

Nanotechnology is the manipulation of material with at least one dimension sized from 1 to 100 nanometers. We saw in a previous blogpost that the nanotechnology has a lot in common with the additive manufacturing technology. At least, these two technologies are starting to revolutionize a lot of different sectors, from the medical industry, to chemistry or consumer products.

The nanotechnology and 3D microprinting can totally be combined to create new impressive projects. That is where we can talk about nano 3D printing. It is already used by companies like Nanoscribe, who developed a Photonic Professional GT machine. Thanks to this machine, Nanoscribe 3D printed objects as small as only a few microns.

What is Electron Beam Lithography?

Electron Beam Lithography (or e-beam lithography, or EBL) is a process combining mold making with 3D printing. It consists in scanning a focused beam of electrons in order to draw custom shapes on a surface covered by what we call resist, an electron-sensitive film.

The exposing and developing time quite a lot of time, but is essential in this process in order to create the object. Plus, the photoresist material layer has to be removed and refreshed each time. If needed, a little adjustment, like the thickness of the layer, can be made to improve the shape of the object.

Researchers from the Zhejiana University, in China, are going further with this EBL technology, in order to create metal-based nanoscale structures using ice (the technique is called iEBL). Indeed, ice water has been used instead of the traditional photoresist material. Each layer of metal film is preceded by a layer of ice. The shape of the layer is then cut out of the ice thanks to the electron beam.

Metal 3D printing is taking more and more space in the additive manufacturing industry, and a lot of new technologies are developed. If 3D printing large metal parts is now possible, nanoscale 3D printing to create 3D metallic structures is still quite difficult. But this new process is really promising and offers new possibilities to the 3D printing industry regarding metal 3D printing at a smaller scale.

As you can see on the following picture, making a nanostructure using traditional EBL requires several steps. While, using the same process but with ice resist cuts the steps in half. 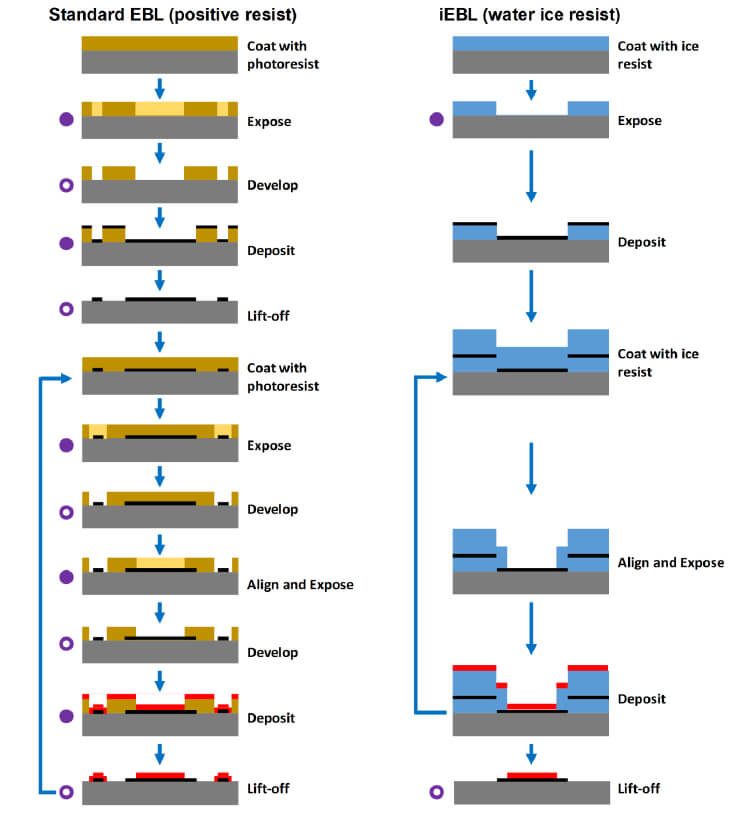 Benefits and applications of this new 3D nanofabrication technique

As you can see, this new method reduces the time of creation of each layer of photoresist material. It is reducing the time of production, but also reduces the number of steps during the process, making it easier to use this technology in labs. 3D microprinting is actually great for researchers, as it is opening new opportunities in diverse fields, to create medical devices, electronics, etc.

One of the biggest benefits of iEBL using ice is that over other nano 3D printing technologies, such as two-photon lithography, the resolution achieved by this new printing process is really impressive. Precise 3D printing is a real advantage, and even more when it comes to 3D printing at a nanoscale!

At Sculpteo, we can’t help you to build nanoscale 3D printing projects for the moment, but if you need help for all your other projects, from rapid prototyping to series production, you can use our online 3D printing service and upload your 3D designs!

If you want to receive more news about the evolutions inside the 3D printing industry, subscribe to our weekly newsletter.