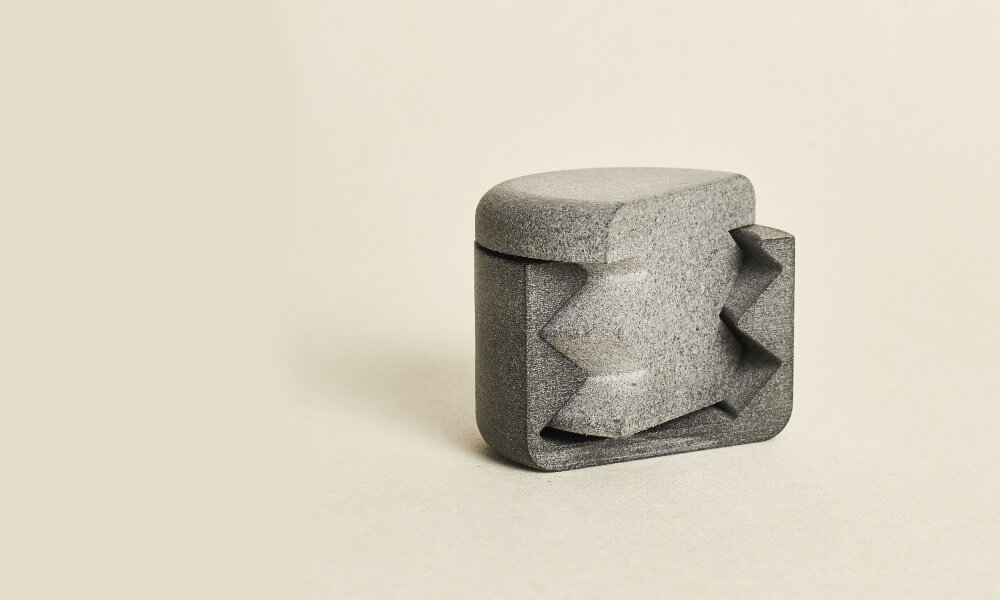 Interview: Meet one of the 3D printing creators, Jean-Claude André

Do you know that 3D printing has been created by three French researchers? Indeed, Jean-Claude André, Alain le Méhauté and Olivier de Witte registered the first patent for this game-changing technology in 1984, but everything didn’t go as expected, and we often credit the American Charles Hull for this innovation.

How is 3D printing born? How are these pioneers seeing the evolution of additive manufacturing and do they expect for its future? We asked our questions to Jean-Claude André. He tells us about his researches and the future 3D printing and shares with us his work on 4D printing and bioprinting with enthusiasm. Discover our interview!

How did your work on 3D printing begin?

In 1984, I was in charge of researches on the interaction between light and materials, focusing on two aspects: photochemistry and photophysics. At the same time, Alain Le Mehauté from CILAS wanted to work on publications made by Battelle, which were quite close to my researches at the moment. This is how I went from photophysics to photochemistry and additive manufacturing.

Proposals made by Battelle were not realistic, that is why we decided to keep it simple with Alain, by introducing photopolymerization using only one photon instead of two. Then, stereolithography was born, only using the basics of photochemistry.

To verify this idea, I went to borrow acrylic resins in the physics and polymer chemistry laboratory. Without any lasers, we had to use the light of the sun in order to make the addition of layers on our first objects. This is how we started a whole activity around this researches, with a lot of industrial contracts.

What kind of problems did you have to face during your firsts experimentations?

Because of the poor power of the sunlight we were using for this experiment, the material melt at the bottom of the reactor. These experiments showed us the way to follow to continue our researches: we had to choose multifunctional monomers to reduce shrinkage problems. We also noticed the necessity of supports to hold the parts in the right position. We were then able to create acceptable 3D printed objects! 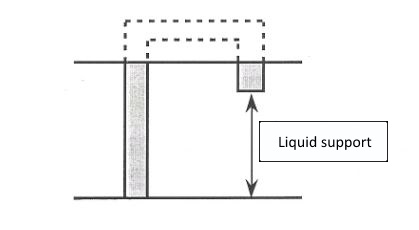 The question of modeling and improvement of the process could have been considered as a suit of a succession of problems to resolve. This project was so exciting for us that these obstacles never seemed insurmountable. The real problem came a little bit after we registered our patent. Indeed, the CGE and CNRS let us down, and three weeks later, Charles Hull in the US, registered his patent and is now considered as the inventor of 3D printing.

The Lorraine region and other industrials supported us until the end. We were improving and progressing, but the loss of our patent didn’t help, even if our young team had all the abilities to start an economic development. Some of them did, after all of this.

When I went back to the CNRS, the 3D sector of my laboratory was not active anymore. In 2014 I met with science journalists for the 30 years anniversary of the first patent registered for 3D printing, and I decided to go back to it! This technology brings new possibilities, but it actually took 30 years to create a significant market.

Can you explain how the first 3D printing process you developed back in 1984 was working?

In our first experiments with a UV laser, the light beam was moving thanks to a galvanometric mirror process operated with a computer.  Then, we added resin in order to create a superior layer, with the possibility to modify optic parameters or to lower the reactor in which the object was created. This first process was working well, but at least, the technique developed by Charles Hull with an object going down in the tank of liquid resin. This technique has been universally used, with still one big difficulty: the stabilization of the layers on the parts during the manufacturing process.

From a digital point of view, we went from an object to manufacture, to the addition of supports to define layer by layer the circuit of the laser beam, and the set up of the next layer. Then, new digital techniques have been developed, allowing to save time and reduce deformations because of shrinkage during polymerization.

How do you see the evolution of 3D printing from the 80’s until now?

In the very beginning, additive manufacturing was only defined by one process: stereolithography. This technology evolved in different directions, like Fused Deposition Modeling, a simple but efficient printing process. From an industrial point of view, 3D printing processes using a powder based technology are really interesting. Indeed, it is also allowing to work with metal materials.

These 3D technologies are improved every day, leading to great innovations like the Carbon 3D process, using a resin’s flaw as a quality. These acrylic photopolymerizable resins are inhibited by oxygen during their polymerization, but this is allowing to avoid all a process with the addition of layers. But there are also other great innovations like the creation of multicolor parts, metal parts without porosity, etc.

There are a lot of possibilities, on one side we are reducing the different manufacturing steps, and allowing to work on brand new designs, and on the other side, we are creating machines that are more and more efficient and specialized. In 30 years, the market went from 0 to 20 billion euros with a regular 20%  growth. It is still quite low compared to other markets in France like mechanics, there is a lot of potential for improvement. 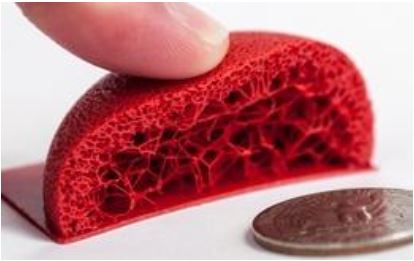 Today, you are working on new researches on 4D printing, what could this technology offer us?

With thousands of publications, we are at the beginning of a new scientific adventure with 4D printing. These new 3D printing materials are changing their behavior with external effects like light, heat, pH, electromagnetism. It is allowing to manufacture parts evolving with new functionalities.

For the moment, there are no real applications for 4D printing, we are still trying to create proofs of concept. But we can assume that this technology will allow creating adaptative systems. There are still some scientific obstacles but it will evolve in the upcoming years.

In order to use these 3D technologies for applications, we will have to pay attention to some criteria. For example, we have to take into account the response time if there is a material transfer, the mechanical properties of changing materials and how we can handle their distortion. There are still a lot of aspects to improve in order to make a great industrial technology of this 4D printing process.

What are the advantages of 4D printing, compared to 3D printing?

Compared to traditional 3D printing, which creates static objects, 4D printing offers possible evolutions like a new shape or the appearance of new functionalities. This technology could create materials able to build themselves. It offers new possibilities regarding manufacturing techniques as we know them now. 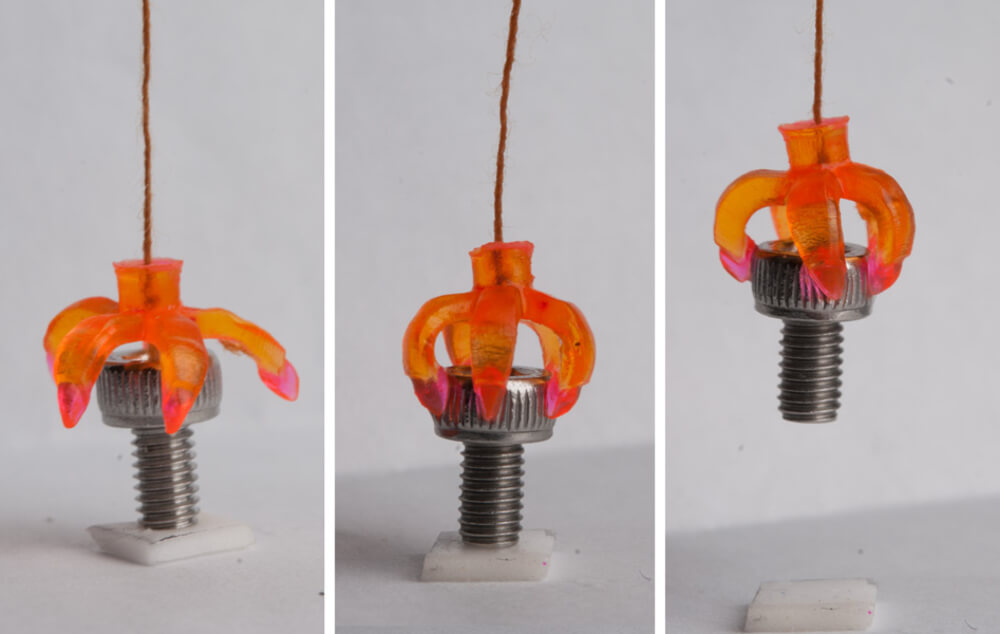 Bioprinting is also part of your researches, what are the applications of this new manufacturing technique?

For bioprinting, this process is allowing to create living tissues and organs, using the 3D or 4D printing technology, using the cells of a patient. The market for this bioprinting technology could be higher than 1000 billion euros a year, with organ replacements and personalized healthcare, and why not, food made using animal cells.

In the future, bioprinting could be the perfect solution to avoid graft rejection, as bioprinting is using the patient’s cells.

However, even if proofs of concept are unveiled, this 3D printing application is far from being solid and reliable. There are also ethic problems going with the development of bioprinting.

Other projects are published, but they are not even at the stage of proof of concept for the moment.