Both Cinema 4D and Blender are 3D modeling software. They are powerful and offer many tools for photorealistic renders, simulations, and 3D animations. Your choice for selecting one should be based on your production requirements. Do you want to design a game, 3D print a model or make a short movie? Let’s see which software is better for your needs!

Blender has amazing tools for animation, rendering, simulation and also 3D printing. It is very popular among hobbyists and professionals. Cinema 4D is trusted by many professional designers and companies. It offers reliable tools to create stunning renders, videos, animations and motion graphics. Cinema 4D vs Blender: which one is better for your project?

Blender is a very popular 3D software thanks to the fact that it’s open-source and free. It has a huge community that contributes to the software updates. Therefore, Blender is more suitable for hobbyists and freelancers, however, it is a powerful 3D program and also remains well-liked by professionals.

Thanks to many effective tools and stability, Cinema 4D is highly approved software in the 3D modeling industry and many professional studios use it. It offers free trials and has various pricing plans. It can be billed annually starting from 60$/ month, a basic monthly subscription is 95$, and there is also an option for never expiring license for 3 495$ euro charged once.

A part of why Cinema 4D is so appreciated is the learning curve. It is said that this 3D modeling software is very easy to learn. It’s intuitive and just after a few days of testing it, you will be pretty fluent in navigating in the software.

Blender, on the other hand, is pretty well-known for not being the easiest software to learn. It might give you a hard time in the beginning, however, it does offer some amazing tools for many purposes, from animation to 3D printing, so it might be worth getting through the initial learning phase. You can learn Blender with our tutorial.

Let’s start with something that you get to experience as soon as the program opens- user interface. Cinema 4D is well known for being one of the best 3D software for the ease of operation within the user interface. It has a procedural workflow allowing flexibility, and before any new updates, it’s tested in-depth, which provides stable experience and use of the software.

Blender recently released a new software update which is said to improve the User Interface a lot, however, it’s said that Blender’s UI still can’t compete with Cinema’s 4D. Frankly, Cinema 4D puts a lot of pressure on that aspect of their software and it’s considered to have the best UI of all 3D modeling software.

So far it looks tight, Blender is free, but Cinema 4D is easier to learn and is more user-friendly. Possibly, the tools will be the game changer for you, as your project might require specific options.

Blender has in stock for you DAE and FBX formats which are important for game developers. This 3D modeling software also provides a default scripting language Python 3, which allows for creating customized add ons. This can be a huge advantage for some designers.

On top of that, Blender also offers a game engine allowing you to code your own game logic or export models to third party game engines. Additionally, you can also prepare your models for 3D printing with Blender.

With Blender, you can also achieve truly photorealistic renders thanks to Cycles path tracing engine. It is capable of detail video editing, which is crucial for 3D animations. Thanks to the camera and object tracking options, it is also possible to import raw footage, track it, and view camera movements in 3D scenes.

This 3D modeling software has various modeling modes: polygon, parametric, sculpting and volume modeling. That way you get different methods of creating models and you can choose one according to your personal preference. 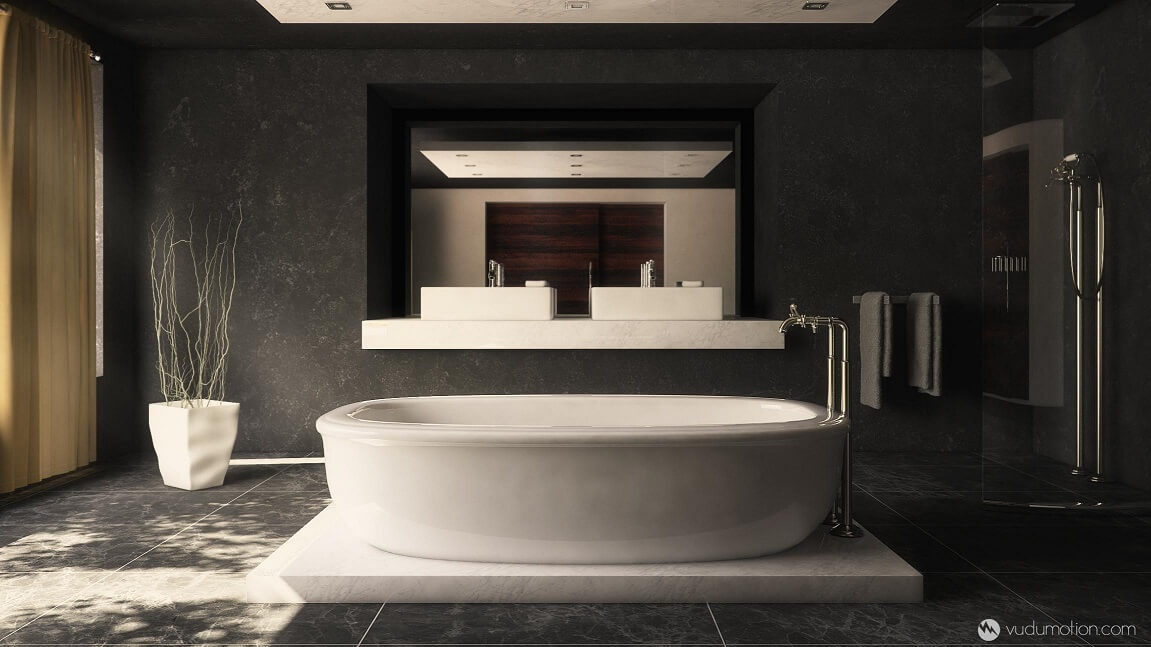 Cinema 4D offers a wide range of texturing tools, from materials to shaders, and node-based materials to 3D printing. There are also many lighting systems available. With so many options and an outstanding render engine, you can create hyper-realistic renders.

When it comes to creating 3D animations, you can create 2D cartoon styled renders, motion graphics, and realistic animations. Cinema 4D also offers an object library, so you don’t have to pay for 3D files. Another benefit of Cinema 4D is its rationality which is highly appreciated in the industry.

As you can see there are certain similarities and differences between Cinema 4D and Blender. We gathered the main information for you in the table below. 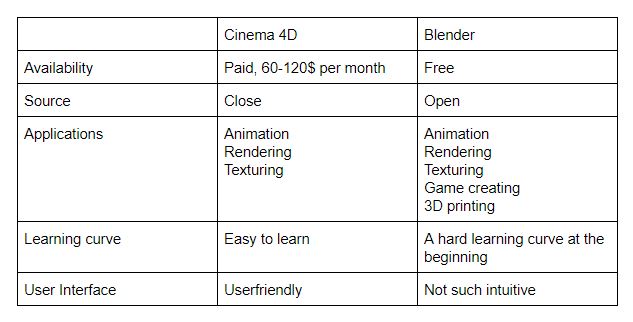 If you’re new to 3D modeling, maybe you should have a look at our list of the easiest software? In our battle of software comparisons, we also covered other 3D modeling programs such as Sketchup vs Revit or Maya vs 3Ds Max and many others. Check them now and pick the best 3D modeling software for your project!