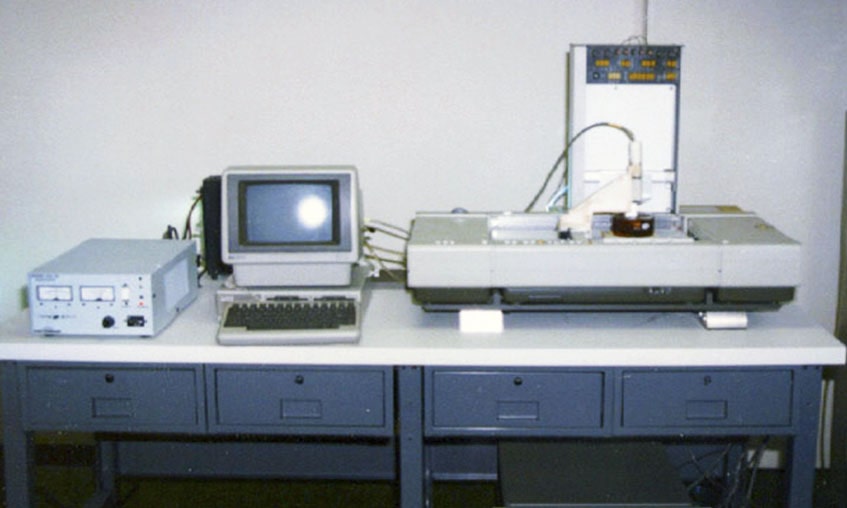 The History of 3D Printing: 3D Printing Technologies from the 80s to Today

3D printing is not as new as you may think! Actually, FDM (Fused Deposition Modeling) technology became quite popular and impressive for the general public around 2009 because of its media coverage. At some point, a lot of people actually thought that FDM was the only additive manufacturing technology. But FDM is not even the first 3D printing technology developed, and 3D printing actually started in the 1980s.

Here is a quick 3D printing timeline from the 1980s to today. The history of 3D printing is fascinating. The first machines, the great expectations, and the many 3D printing applications that are now flourishing. Let’s take a look back at the 3D printing history.

The 1980s: Birth of the main 3D Printing Techniques

The concept of 3D printing has been imagined back in the 1970’s, but the first experiments are dated from 1981. The first 3D printing attempts are granted to Dr Kodama for his development of a rapid prototyping technique. He was the first to describe a layer by layer approach for manufacturing, creating an ancestor for SLA (or Stereolithography): a photosensitive resin was polymerized by an UV light. Unfortunately, he did not file the patent requirement before the deadline.

A few years later, a French team of engineers, Alain Le Méhauté, Olivier de Witte and Jean-Claude André, was interested by the stereolithography but abandoned due to a lack of business perspective. This 3D printing attempt was also using a stereolithography process.

If you want more information about these first experiences, check out our interview of Jean-Claude André. At the same time, Charles Hull was also interested in the technology and submitted a first patent for stereolithography (SLA) in 1986. He founded the 3D Systems Corporation and in 1988, released the SLA-1, their first commercial product.

If SLA was the first 3D printing technology developed, what about SLS (Selective Laser Sintering) and FDM (Fused Deposition Modeling) back then?

In 1988, at the University of Texas, Carl Deckard brought a patent for the SLS technology, another 3D printing technique in which powder grains are fused together locally by a laser.

In the meantime, Scott Crump, a co-founder of Stratasys Inc. filed a patent for Fused Deposition Modelling (FDM). In less than ten years, the three main technologies of 3D printing were patented and 3D printing was born!

1984: Stereolithography by French engineers then abandoned

1986: Stereolithography taken up by Charles Hull

In Europe, EOS GmbH was founded and created the first EOS “Stereos” system for industrial prototyping and production applications of 3D printing. Its industrial quality is today recognized worldwide in SLS technology (Selective Laser Sintering technology) for plastics and metals.

In 1992, the Fused Deposition Modeling patent was issued to Stratasys, which developed many 3D printers for both professionals and individuals. From 1993 to 1999, the main actors of the 3D printing sector emerged with various techniques:

At the same time, we can see that more and more new CAD tools, allowing to create 3D models, are becoming available and developed, with, for example, the creation of Sanders Prototype (now known as Solidscape), one of the first actors to develop specific tools for additive manufacturing. 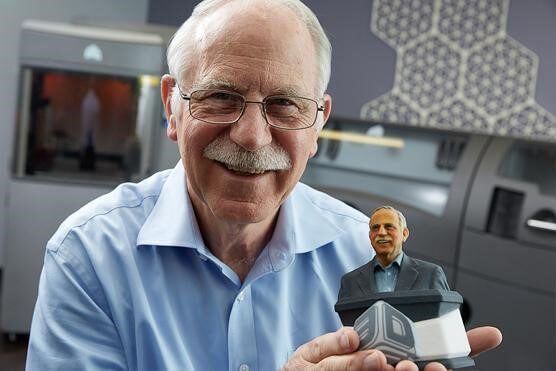 1995: Z Corporation obtained an exclusive license from the MIT

In 2000, the millennium saw the first 3D printed kidney, but we would have to wait 13 more years to see it transplanted into a patient. 3D printed kidneys are now working perfectly and researchers are experimenting on accelerated growth to transplant organs very rapidly.

2004 was the year of the initiating of the RepRap Project which consists of a self-replicating 3D printer. Yes, it is possible to 3D print a 3D printer. This open-source project led to the spreading of the FDM 3D desktop 3D printers, and of the popularity of the technology in the makers community.

In 2008, 3D printing reached an even greater media presence thanks to another medical application: the first 3D printed prosthetic limb.

This amazing medical 3D printing project incorporated all parts of a biological limb, was printed ‘as is’, without the need for any later assembly. Nowadays, combined with 3D scanning, 3D printed medical prosthesis and orthosis are more and more cheaper and faster to get for the patient. Moreover, these prostheses are more and more optimized and adapted to the morphology of the patient. Additive manufacturing is bringing new opportunities regarding mass-customization. 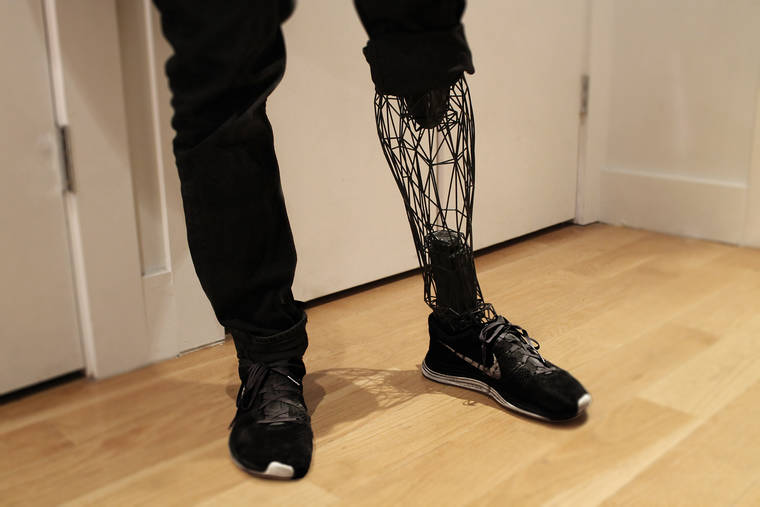 2009 was the year in which the FDM patents fell into the public domain, opening the way to a wide wave of innovation in FDM 3D printers, a drop of the desktop 3D printers price, and consequently, since the technology was more accessible, an increased visibility.

2005: Z Corp.  launched Spectrum Z510. It was the first high-definition color 3D Printer on the market.

2009: FDM patents in the public domain

The 2010s: Years of Visibility, Innovation and Hopes for 3D Printing

The recent years have been very important for 3D Printing. With the FDM patent expiration, the first years of the decade have become the years of 3D printing. Additive manufacturing is then becoming a real and affordable prototyping and production technique for businesses, opening new possibilities

In 2013, President Barack Obama mentioned 3D printing as a major issue for the future in his State of the Union speech, which made “3D printing” an absolute buzzword.

It is now very present in the general public’s mind, and in policy makers’ decisions. The technology is forever progressing, just as are the uses of this technology. More and more small and big companies take advantage of the low prototyping price that 3D printing offers, and have fully integrated it in their iteration, innovation and production processes. 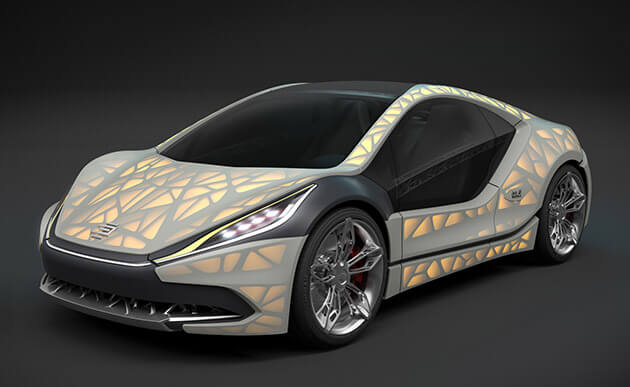 3D printing technology keeps on evolving, and progressing. New 3D printers are being issued regularly, they are more efficient, they print faster, and they give access to new 3D printing materials. Technologies like CLIP (DLS) are being developed by Carbon, making the printing process even faster and more accurate than ever.

If you check the offers of our online 3D printing service, you will find a wide-range of materials from strong and accurate 3D printed resins such as Rigid Polyurethane, to 3D printed flexible plastic, and heat resistant 3D printed metals: everything is now printable, making it easy for companies to find materials adapted to their needs and products. 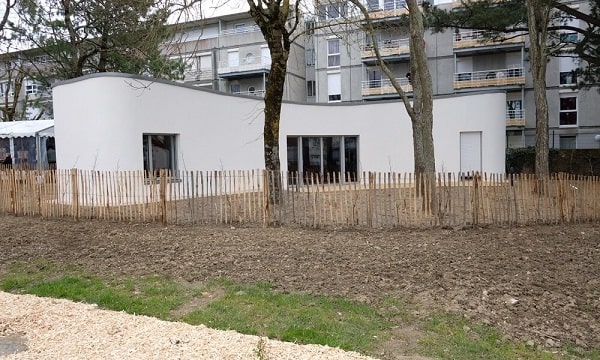 2012: The first prosthetic jaw is printed and implanted

2018: The first family moves into a 3D printed house

What about now, and what about the future?

We can see today that 3D printing is revolutionizing big sectors such as automotive, architecture or medical. But where can this technology still improve?

3D Bioprinting is becoming a big subject for the medical field. Indeed, applications of 3D bioprinting could be numerous. You can easily see the diverse advantages of this technology. It could create human tissue for burn victims. It is also a way to create human organs, in order to perform organ transplants. We can see today that there is not enough donors and bioprinting could be an excellent, fast, and life saving solution. The 3D bioprinting technology could allow to create various tissue structures, such as kidney tissue, skin tissue.

3D printing for architecture is also improving, but could really become bigger in the upcoming years. Projects faster to build, cheaper, and that avoid material waste: the benefits of this technology for the construction sector are numerous.

3D printing hasn’t reached its limits and many projects and amazing stories are waiting to be written. We already imagine this future in our article on the innovations to come in 3D printing and the top 10 materials 3D printing materials of the future that already exist!